Today, most news stories concern crime and corruption. With so much negativity in the world, it’s easy to feel jaded. Although superheroes don’t actually exist, these few stories show that one person’s extraordinary kindness and generosity can do an enormous amount of good for those around them.

For years, the residents of Salem, Oregon, have been hunting for the hidden $100 bills that appear all over the place. Every bill is signed “Benny,” but that isn’t the mysterious philanthropist’s real name.

Residents of Salem have discovered the Benny bills almost everywhere—hidden in baby carriages, slipped through car windows, or tucked into the sleeping bags of homeless people. Benny has given out an estimated $50,000. For many of these recipients, that $100 appeared at moments when they desperately needed the money.

Mohamed Bzeek immigrated to California from Libya with his wife, Dawn. Dawn fostered a few children in their home, but tragically, she died, leaving Mohamed to care for their disabled son alone. Mohamed knew that there were other parents who had children with disabilities, but they were given up for adoption. Mohamed Bzeek has taken it upon himself to foster as many children with terminal illnesses as he can. When he was in his sixties, he found out that he had cancer and needed to go to the hospital for surgery. Without a wife or any family able to be there, he recovered in the hospital alone while an in-home nurse cared for the children. After his story was on the news, a GoFundMe page was created to help Mohamed and these kids. As of the time this article was written, he has received over $500,000 in donations.

In Chhattisgarh, India, a 15-year-old boy named Shyam Lal was living in a village called Saja Pahad. The villagers were constantly suffering from droughts, and they weren’t getting any assistance from the government. Cattle were dying, people were getting sick, and food was in short supply.

Shyam Lal decided to do something about it. He picked up a shovel and started digging a hole. The other villagers laughed at him. But he didn’t listen and continued to dig every day for the next 27 years.

Today, that hole has grown into a pond that is one acre long and 5 meters (15 ft) deep. Every person in the village has benefited from the pond, and their cattle and crops are thriving.

Right after World War II, Germany became a divided country. Civilians in West Berlin were starving to death. Operation Vittles was the US Air Force’s attempt to bring food and supplies into West Berlin. In 1948, a pilot named Gail Halvorsen was flying the aircraft that was in charge of dropping necessities like food and coal. He noticed that a group of German children were watching him through a fence at the end of the airfield, so he said hello.

He was touched to see how generous the kids were with one another. This inspired him to start dropping packages filled with candy from tiny parachutes.

As he flew over, he would wiggle the plane back and forth so that the children knew when the candy was coming. This earned him the nickname “Uncle Wiggly Wings.”

Gloria Campos was a news anchor for WFAA in Dallas-Fort Worth when she featured the story of a boy named Ke’onte who was part of the Wednesday’s Child adoption program. He had also been in foster care where they overmedicated him with drugs that turned him into a sluggish zombie. Carol and Scott Cook saw Ke’onte and knew that he was the son they had always wanted. As he grew older, Ke’onte realized that what had happened to him in foster care was a form of abuse. He spoke before Congress to bring attention to the conditions of children in foster care. As a teenager, Ke’onte surprised Gloria on the news to thank her for bringing him together with his new parents. Ke’onte and Gloria had a tearful reunion on camera.

Ajay Munot, a rich businessman in India, set aside 80 lakhs (£93,000) for his daughter’s wedding. However, Munot decided that the money for his daughter’s wedding would be put to better use by helping those in need. He purchased two acres of land and built 90 small houses with electricity and running water. Then he found homeless people who needed a place to stay. The only requirement was that these people not be addicts. Munot’s daughter considered it to be the best wedding gift she could have received.

At 54 years old, Xiong Shuihua had more money than he would have ever imagined. He grew up in Xiongkeng village in China where everyone lived in small huts and struggled to survive. The people in the village had helped to raise him, and Shuihua wanted to return their kindness. Once he found success in the steel industry, he had everything he could ever want. So he decided to use his money for a good cause.

He spent £4 million bulldozing the village huts and replacing them with luxury apartments and paved roads, which he gave to the villagers for free. There were 18 families who helped his family the most during tough times in his childhood. Instead of apartments, they got luxury villas. All of the elderly are given three meals a day absolutely free to ensure than none of them ever go hungry again.

It was 1938 in Czechoslovakia. In his late twenties, Nicholas Winton was a stockbroker from England on a trip to Nazi-occupied Prague. In Prague, he noticed that the city was filled with Jewish orphans whose parents had been killed. Nicholas took it upon himself to find families who were willing to adopt these children and paid out of pocket to transport them on the train from Prague to London. He managed to find homes for 669 children. In 2003, the Queen of England knighted him, giving him the well-deserved title of Sir Nicholas Winton. He died in July 2015. He was 106 years old. 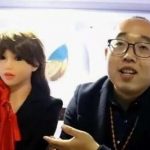 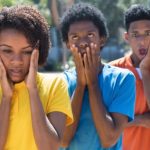