iOS 13 is not going to be available for public use until sometime fall this year which is most likely in September when the new iPhones are going to be released. However, users can still enjoy the public beta of iOS 13 on their current iPhones.

The first public beta of iOS 13 was expected to come out in July but as of now, Apple has released the first iOS 13 as their over-the-air update for their iPhone SE, iPod Touch, and iPhone 6S.

The iOS for iPad which is also based on the iOS 13 will also be available at the public beta for the following IPads.

For our readers today we have come up with a guide for how to download and install the iOS 13 beta on your iPhone.

Both to download and install the iPhone Beta on your iPhone is very simple and easy but just to be safe, it is recommended to make a backup of the device for protecting any potential loss of data.

For backup of your device, you can make a backup of the iOS device by wirelessly connecting it with iCloud or through the wired way by connecting the iTunes on the Mac.

After backup, the next step is to enroll the device with Apple’s public beta website. For users who have already tested previous Apple beta software, they can simply sign in.

Once the device is backed up and enrolled, the next step for the user is to go to the website,

After the option is prompted, the user can choose the device on which they are trying to install the beta. With this step, the iOS 13 will be automatically downloaded in the user’s device and will be visible in the Settings app of the device.

Now the user needs to just tap the “Download Profile” button and then click the “Install” button. With this step done, the user will be asked to reboot their device. After the reboot, go to Settings, then to General and lastly to Software Update and then hit the ‘Download & Install’ option.

With this user is done doing anything as the public beta will start to install automatically.

Like most of the beta software, the iOS 13 public bet is also going to have some bugs so if you don’t want to experience many of them, we recommend you to wait for the official release that will happen in fall.

Vivo unveils its Super FlashCharge technology that charges a 4,000mAh phone battery in only 13 minutes 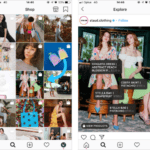