The best way to get the most out of the Apple Watch is to use its numerous apps.

Like a standard iPhone, the Apple Watch also comes with its own set of preloaded apps such as the following.

While these preloaded apps are a good way to get the start of your Apple Watch, they, unfortunately, take up a lot of space on the gear and also you cannot delete them easily. On a default Apple Watch, these apps take up to 3.2 GB of the total space leaving behind a meager 2.1 GB free for other apps.

Keeping into consideration this problem, we have decided to present our readers with a how-to guide for adding and removing the apps on an Apple Watch.

Open up the iPhone Watch app.

Under the tab titled My Watch located under General, look for the option “Automatic App Install”.

For those who want to add apps on their Apple Watch in a manual way, turn this feature “Automatic App Install” off.

If anyone of you likes to install the apps on their Watch manually which are also compatible with the gear, then the list of them is already on the iPhone Watch app on your iPhone.

Open the Watch app and scroll to the bottom of the tab ‘My Watch”.  There, look for the tab “Available Apps”.

In order to install any one of these apps on the Apple Watch, simply tap the Install button located o the right side of the app’s name.

After the installation process is completed, this installed app is going to be in the section “Installed On Apple Watch”.

Searching for new apps in the App Store:-

In addition to the apps that are already installed on the iPhone Watch app, you can look for the new apps on the tab ‘App Store” on your iPhone Watch app. To make this search faster, you can add the name of the app in the Search tab and get it faster.

The Watch App Store is going to present the promoted app on the top of the Store and then there are going to be different sections like the following down below.

In order to install your desired app, simply click the icon titled ‘Get”. After the app has been installed, it will appear in the following two locations.

Removing apps from an Apple Watch:-

Open the iPhone Watch app and go to the tab “My Watch”.

Tap on the app which you which to remove and then switch off the option “Show App on Apple Watch”.

As for removing the apps directly from the Apple Watch, you can do it by touching and holding on an app icon located on its Home Screen until the ‘X’ appears. Click this ‘X’ and the app will be removed. 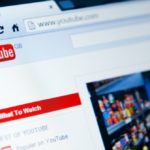 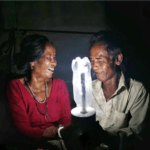