For those of you who want to keep their Apple Watch from disturbing them with its notifications, alarms, and other such sounds, then there are not one but actually 3 different ways to achieve it.

The Apple Watch offers 3 different modes which are as follows.

They differ in their functioning a little bit but all of them can be managed from the very same screen.

3 Quiet Modes for the Apple Watch:-

All of these 3 Quite Modes can be controlled from the control Center of the Apple Watch which can be accessed by swiping from the bottom of the watch’s screen.

This mode means that the watch is not going to Chime or make beeping sounds but is still going to vibrate. All of the other functions will work just fine. This can be turned on or off by tapping on the bell icon.

This mode not only puts the Apple Watch in silent mode but also turns the display of the watch off unless the user taps on the screen or presses a button. The Apple Watch will not light up or ping but is still going to vibrate. This mode can be turned on or off by tapping the icon of Tragedy/Comedy.

Do Not Disturb Mode:

This mode will turn off the event the Haptics. Users will not be notified about anything except the things like alarms or the alerts for heart rate. When a notification arrives in this mode, the screen will not light up. This mode can be turned on or off by tapping the icon of the Crescent Moon.

Setting up Do Not Disturb mode on the Apple Watch and on the iPhone:-

There is a method to turn on the ‘Do Not Disturb” mode on not only the Apple Watch but also on the iPhone as well. For this, you need to follow the following steps.

Users can also choose as to how long Do Not Disturb mode can last. There are three options which are as follows.

Users can also set the Do Not Disturb mode until the end of a certain event in their Calendar. 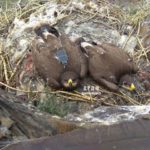 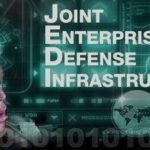