For those of you who have been the loyal users of iPhone since the iPhone 2, you might also love the iPhones gesture for rearranging the app which we like to call the Jiggle mode. This is the mode which when you press an app, all the apps on a person’s iPhone screen starts to wiggle. When these apps start to wiggle, this means the owner of the phone can now move the apps around and also delete them. This mode has not been changed for iPhones since it was first introduced back in January of 2008. However, now with the release of iOS 13, Apple has shaken things up a bit for good.

Below we present the How-to guide for rearranging and deleting the apps in the new iOS 13.

For the previous version of the IOS like the iOS 12 or the previous ones, when a person holds an icon of any app on iPhone, in just a few seconds all the app start to wiggle at the spot and then the user can either move them or delete them as per their liking. However, for the iOS 13, if a user long presses an app icon, a Contextual Menu is going to pop up which would be something like the figure down below.

Depending upon each app, the menu is going to be different each time when the Contextual Menu pops up but the apps are not going to wiggle any more like they once used to do.

Jiggle Mode can still be activated:-

For those who can’t seem to let go of the nostalgic Jiggle Mode, you do not need to worry about it as there are still a lot of ways to experience it even in the iOS 13. One of our preferred ways is to keep the finger pressed long on the app icon. After the Contextual Menu pops up the app will wiggle as well. You can see it in the figure down below.

After the pop-up menu starts up following a long press, user can then drag their finger from the icon of the app for “Rearranging Apps” and then let go of the app with the place of the app.

When the pop-up menu appears, the user can drag their finger down the menu and the app will follow the finger while the jiggle mode is activated.

This is it, folks. These are a few of the ways that can allow the users to enter the jiggle mode and then rearrange or delete their apps. It is going to take a few times for getting used to this method but it is indeed easy to adjust to.

How to refrain from updating to iOS 13 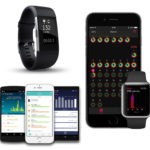