The much-anticipated TV streaming service Disney+ which is going to be as essential to users as Netflix is now available for everyone to use. Disney+ comes by compiling the content from the various sources like the following into one TV streaming app.

Users of the Disney+ can watch the content like the animated classic TV shows and films along with the new original shows such as The Mandalorian. For the new customers., Disney offers a 7 days free trial period to give the consumers a chance to make the decision about whether they would like to add one more subscription to their TV plan or not.

Below is a how-to guide for streaming Disney+ with all the related questions about the service.

What is the cost of Disney+?

If a person opts for a Disney+ subscription, it will cost them either 6.99 dollars per month or a lump sum of 69.99 dollars per year. This service also comes with a bundle pack that includes the service of Disney+ with Hulu and ESPN+ for a single sum of 12.99 dollars per month. Subscribers of Disney+ can access their account on their smartphones as well as on their TVs, gaming consoles and internet.

Where can one get the Disney+ service?

The service of Disney+ has only started off in the USA and Canada. In addition, these regions a free pilot of Disney+ was also launched in the Netherlands with the full service being made available soon.  Next on the list will be New Zealand and Australia where Disney+ will launch on 19th November.

Just announced: #DisneyPlus will be available in the United Kingdom, Germany, France, Italy, Spain (and more to be announced soon) starting on March 31st. Please note: Titles may vary by territory. pic.twitter.com/lE6nzBeaXy

After that Disney plans to expand its service to countries like UK, France, Germany, Spain, Italy and many others by March 31st, 2020. The selection of the content will be different based on the country of the subscriber, which is same for the Netflix and other such streaming services.

What devices one can watch on Disney+ at launch?

Disney has been able to manage a deal with nearly all of the main streaming platforms for at least day one. Below is the list of the numerous platforms that offer the content of Disney+ with downloadable links, if available.

How many user profiles can a person create on their Disney+ account?

Each of the Disney+ accounts will offer to support a maximum of 7 user profiles with each having its own separate watch list as well as the personalized recommendations.

Does Disney+ offer a feature like the parental controls?

Kind of like when a user creates a profile and designates it for as the kid’s account, the service will be limited to the special Disney+ portal that only has the age-appropriate content suitable for children.

But be warned as there is nothing there to stop the kids from switching their profile for a regular experience of Disney+. At the moment, Disney is not offering the PIN protection or any other way to lock the r service for making it optimized for kids.

How many devices a user can stream Disney+ on at a moment?

At one time, a single account of Disney+ can be steamed across 4 different devices. This is far better than what Hulu and ESPN+ offer.

How does the Disney+ downloading work?

As for downloading the movies or the TV shows from the Disney+ service, a person can download them on to 10 different mobile devices.  While downloading is supported on iPad, iPhone, Android smartphones and tablets, it is not available for the laptops.

The user can also pick for the quality of downloading from high, medium and standard options. Another nice touch in Disney+ is that the video and audio will be shown in various formats., so if a user’s device cannot support the 4K format, they will still know that there is an option to watch the content in that particular format.

There is no restriction on sharing your passwords with Friends and Family bit if the password sharing starts to affect the growth of the service in some way, Disney might take some actions to prevent it. 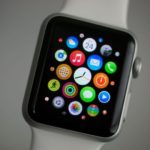 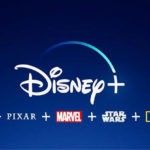