Although the higher-end models of Fitbit allow their users to download the streaming music, the options available were for the less popular services such as Pandora and Deezer. Recently Fitbit has added the Spotify into their list of the music clients which the company supports for its smartwatches.

At the moment, the music playback is supported on only the following Fitbit smartwatch models.

If a user does not own any of the above listed Fitbit smartwatches or the Special Editions of these same watches, then there is no way that they can use the Music Playback feature.

In addition to having the above listed Fitbit smartwatches, use also needs to have a Spotify Premium account for streaming music from their account onto their Fitbit. As for the regular ad-listeners, they would not be able to enjoy the feature of this Fitbit Integration with Spotify.

In order for a user to stream the playlist from Spotify onto their Fitbit, they first need the app which can be downloaded following these simple steps.

Also, the Offline playback is not supported on Fitbit so the user needs to be connected to the web and near their smartphone. It is going to be a drain on the battery.

After the app is installed, a Settings menu at the end of the Spotify’s app page on the Fitbit app will appear. Select this menu and the user will be taken to the Spotify page which they can then use for logging in with their account or their Facebook profile or simply sign up if they do not have the account.

All set for music streaming:-

Although Fitbit does have the built-in microphone, what it does not have is the speakers and listen to the playing music, users need to connect their Fitbit smartwatch with the external speakers. Supported devices that provide support for Spotify Connect are as follows. 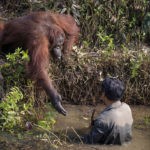