Not too long ago, Fitbit released the blood oxygen monitoring app to five of its smartwatches named Versa, Versa 2, Versa Lite, Charge 3 and Ionic. The blood oxygen levels tend to show how well the oxygen is being distributed throughout the human body which is crucial for making sure that all the bodily organs are working properly.

Monitoring of oxygen levels during the exercise or long hikes and sleeping time. As for the blood oxygen level monitoring, Fitbit has only introduced the feature for the sleep time and the data is presented in a generalized manner instead of being offered on an hour-by-hour basis.

For accessing the app’s feature, we introduce a how-to guide for using the Fitbit for monitoring the blood oxygen levels.

Making sure that the app is up-to-date

If a user is the owner of any of above listed five devices of Fitbit, they need to make sure that their app is up-to-date with the latest version of the software. For checking this, the user needs to follow the following steps.

For updating, the Fitbit device must be near the user’s smartphone and is paired. It must also have enough battery to go through the entire update. The whole update only takes about a few minutes to an hour max depending upon the last time when the Fitbit device was updated as well as on the speeds of the internet connections.

Setting it up and then forgetting it

After running the update, there is not much that a user needs to do for monitoring the oxygen blood levels or to enable the feature. A user simply needs to wear their Fitbit when they go to sleep. The data will be made available under the section of the Fitbit app titled “Sleep” when they wake up.

For viewing the data, open up the Fitbit mobile app and take a look at the summary. Going down the section for sleep stages and the hours tracked, there would be a section titled “Estimated Oxygen Variation”.

If a user does not see their sleep tracking info on the home screen of their Fitbit app, they need to perform the following steps.

Making sense of the data

The Estimated Oxygen Variation will be presented in the form of the chart which will tell the user as to how much of the variation occurred in the user’s sleeping hours. Fitbit will choose the data by generalizing it by indicating the fact whether there is a small or a big variation in the blood oxygen levels.

If a user sees large variations in their sleep, they need to visit a doctor for having done further tests. Some underlying causes for these big variations include high blood pressure, depression, sleep apnea or simply being very tired. The last point suggests that the user must monitor their big variations for at least a week before visiting a doctor. 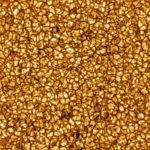 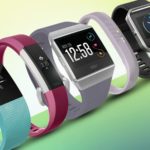