Any new update for the iOS is always exciting news and the latest iOS 13.0 promises a lot of amazing new features that were never seen before, which includes stuff like the Dark Mode, and the improved app for Camera. Still, like any other operating systems that are launched new, this one is also riddled with lots of bugs like app crashes, drop of the cellular signals and the devices of Smart Home not working properly.

For those of you who do not mind these problems with the iOS 13.0, you can enjoy the new iOS the way it is. But for those who have to depend extensively on their phone for their day-to-day tasks and also do not want to deal with a possible update with bugs, then caution is to be taken here.

Apple itself has acknowledged the bugs in iOS 13.0 and has promised that many of these bugs with more new features will be provided in the soon to launch iOS 13.1.

Turn off the Automatic Updates:-

The only possible way to refrain from not updating to iOS 13.0 is to not update the software and for that, you need to first turn off the Automatic Updates.

To turn off the Automatic Updates, follow the following steps.

With this simple set of actions, the Automatic Updates is now turned off. And if you like to turn these Automatic Updates back on, follow the same above process. Once more your updates are going to be downloaded and then installed in an appropriate time period. 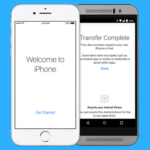