HTC has also come into the playground with the new emerging Blockchain phone idea.

HTC announced the news about their upcoming smartphone by the name Exodus 1s, which is going to be a Blockchain phone. The mobile is cheaper in price with comparison to its predecessor mobile Exodus 1 whose price was $699. Exodus 1s is not only cheap in price but also will present the important feature of having the complete capability of Bitcoin node.

The HTC Exodus 1s news was announced earlier last week on Saturday in New York by Phil Chen, the HTC’s Decentralized Chief Officer. The smartphone will come with a price of 250 to 300 dollars. The phone will be launched somewhere during 2019’s third quarter.

Although no one of the mobile specifications were revealed it is still going to be a phone with full Biotin node capability. This might sound a little bit strange even for the users of cryptocurrency who do not make use of the full node themselves but it is still an important part of the Bitcoin ecosystem.

When running a full Bitcoin node, it means that the user will have a copy for the entire history of Blockchain of the Bitcoin on their device along with running a Bitcoin client. With this user will be able to send their transactions to a network.

Although the users do not need this as they can simply send and receive Bitcoin through wallets, running a full Bitcoin node decentralizes the Bitcoin even more.

Other features in Exodus 1s:-

In other news related to HTC Exodus 1s, HTC also revealed that they have made a partnership with Qwant, a European mindful privacy based search engine. With this partnership, the Exodus 1s will have the Qwant search bar as a widget on their phone screen. One last announcement made by HTC was about the support of Etherscan; an Ethereum blockchain explorer which will be presented again as a widget on the phone.

Samsung invests in ‘Ledger’ a crypto wallet maker a sum of $2.9 million 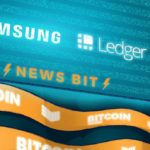 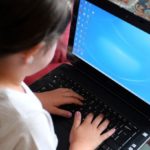