One of the major probers caused by the changes in the world’s environment is driving the insect population to extinction at an alarming rate. If the environment continues to change at this rate, by the next few decades nearly 40 percent of the total insect population might get extinct. While many of you might think that it will be a good thing to not have any insects but you could not be farther from the truth. The extinction of the insects would lead to chaos for the nutritional and environmental cycles.

Today we would like to warn our readers what would really happen if all of the insects in the world disappeared.

No Bees means No More Food and Flowers

Bees are the insects that have been deemed and declared as ‘The Most important Living Being on Planet Earth” by an environmental charity organization named Earthwatch. Bees not only are primary producers of honey but are also the main pollinators of the world. Via the bee pollination, the process of seed and fruit generation occurs at normal flow. If somehow the entire bee population vanishes from earth, the pollen transport would stop altogether which would result in reduced production of the crops by almost 30 percent and production of lowering plants to decrease by 90 percent.

Despite the fact how important bees are for the biodiversity, the population of this insect has decreased by almost 30 percent in this past decade as well as being on the brink of extinction in some of the world countries. One major cause of their extinction is the use of harmful agrochemicals.

Cockroaches are crucial for balancing the ecosystem

Cockroaches are undoubtedly one of the most hated of all the insects in the world. Not only they have the ugly appearance but they also transmit bacteria and result in allergies as well as leaving feces wherever they reside. Still, as per estimation, only 20 of the total 3500 species of cockroaches actually are annoying to human beings.

Cockroaches that do not live in cities and actually live in forests are the main food source for many small birds, mammals as well as reptiles. There, they also consume decomposing matters. As for their excrements, they are filled with nitrogen which is a key nutrient for the growth of plants. So if these insects disappeared from forests, then this would be catastrophic for both the plant and animal kingdom.

First of all, it is entirely impossible for a scenario where ants could disappear as their population is estimated to be about in between 1000 to 10000 billion and they are on all the continents of Earth except Antarctica. But if these ants disappear it would bring a significant decrease in the elimination of pests as well as aeration of the soil.

There are nearly 1400 different known species of ants and some of them actually spread the plant seeds, as well as some, play part in pollination. Did we mention they are the food source for animals like anteaters and even for some people in some cultures?

Without flies, you would not be having that Chocolate

Flies have a bad reputation where you go in the world and they are often associated with dirt, buzzing sounds that resonate in the human ear to disturb sleep as well as transmission of diseases. With all these negative aspects, flies do have their positive impact on human beings and if they are not then life on the planet would be very difficult.

Flies help in the elimination and consumption of animal carcasses. If these flies were not here to do the job, the task will be left for fungi and bacteria, which would take too long for this process to complete. They also happen to be recyclers of fecal matter. One species of flies known as Ceratopogonids is an active pollinator which pollinates the tropical crops like Cocoa. So without this fly, there would be no more chocolate in the world.

There are almost 375000 known species of Beetles in the world which makes it the planet’s most diverse insect. Still, the majority of them are known to be pests as they destroy a large numbers of crops like the Pine Weevil that is known to be the destructive pest for the Pine Forests of Central America and Mexico.

Still, some species of beetles like the Lady Bug feed on crop pests such as Aphids that attack the crops. Another species of beetles known as coprophages are the largest population of insects that recycle manure and bury it to help fertilize the soil.

Crickets are an indicator of a soil’s health

Nearly 150 of the international specialists participated in a report and alerted the world that of the total 1082 known species of the crickets along with the most notable one’s Grasshoppers might soon become extinct in Europe. The main causes for their extinction are the cultivation of lands in their natural habitats as well as the use of the harmful pesticides.

There are a few reasons why this insect must not get extinct. First, they are the food source for many birds, reptiles and even for some humans. A Mexican cuisine named Chapulines features a dish that is rich in protein but low in fat. In addition to this, the species also is an indicator of the health of the soil as well as the biodiversity of the lands that have pastures.

Arachnids are not particularly insects but they still are important to human beings but are also on the verge of extinction.

Most of the species that live in human-populated areas are not aggressive or dangerous. They live in their own fixed ecosystem for which they are very crucial. Some species of the spiders are predators for dangerous insects as well as harmful spiders. If the spiders would vanish from Earth, then the flies and mosquitoes, the natural carriers of diseases, will be like an uncontrollable plague upon all life on Earth. 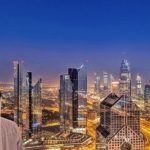 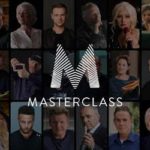