While the human kind has made some huge accomplishments in nearly every field of science abut most of the times these new innovations in technology have been all due to the inspiration from the nature. Today we are going to let you know of some of the things that nature has taught us on how to make advance technological items.

A German research organization after studying the skin of sharks developed a certain paint which if painted on to airplanes can reduce the air drag. According to researchers if the planes all over the world are painted with this particular paint, it can save almost 4.48 million tons of fuel on yearly basis.

Professor Frank Fish of West Chester University discovered that the fins of the Humpback Whales have tiny bumps on them which are named as Tubercle. These tiny bumps actually allow the whales to maneuver with minimum drag especially when they are searching for food. Professor is of the view that same bumps can be applied to wings of Wind Turbines that will allow the turbines to gather more speed even in the areas with low air speeds.

In 2002, researchers finally discovered that feet of Geckos have numerous tiny hairs called Setae that create a short range electrostatic force called Van Der Waal’s force that allow them to stick on walls and easily walk about.

Three graduates from the University Of Massachusetts designed a product they named as Geckskin which offered a super adhesive quality mimicking the feet of Gecko. This product became rather famous than most of its predecessors because of its ability to stick 317 kg of weight on walls.

Researcher named Daniel Morse with his team came up with an idea in which he used the process of sea sponges to stick on the corals to gather food and sunlight and applied it onto solar cell. For that purpose he used silicon based on orange sponge’s ability o produce an enzyme called Silicatein that allows for seawater silica acid to be converted into silica spikes which are then used to gather solar energy.

In 2006 a team of researchers published a paper stating that a space drill can be modeled after the female woo wasp ability to drill. This drill would be powerful enough to drill through strong rocks but problem currently is that engineers do not like the new ideas if the previous idea based technologies are working well.

Termite mounds in Africa are a great model for the Green buildings. These mounds are able to absorb heat of the sun during low temperature days and on high temperature days, termite open up vents to regulate the warm air out of the mound. A Local architect of Melbourne, Australia designed the first green building shopping mall in Harare, Zimbabwe which is built upon the Termite mound structure. This building does not have the cooling or heating systems with advance features instead it uses only fans and vents to regulate the temperature year round.

Chemical Reactions That Changed The World

Animals that were once called with other names 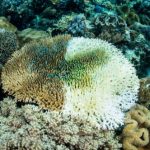 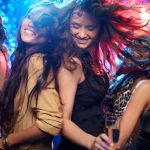