They say that some things are only better when done with friends.

This includes nowadays things like watching videos over the internet. Facebook has been in the race of making this experience friendlier and social by introducing their Watch Party Feature, last year.

As it happens to be, it seems that now Instagram is also testing out soothing quite similar to Facebook as well. This soon to be a reality feature was noticed by an Instagram user and a techy named Jane Machun from Hong Kong.

How this new feature will work:

As of this moment, it is still not clear as to for what Instagram will be using it. Wong made some speculation that Instagram would most likely use it to push their IGTV which is their competition for Youtube.

According to several of the above screenshots from Wong, a user would be able to pull a video from a suggested tab as well as view a playlist of their videos that they have previously selected.

While Instagram has not agreed to make any comments on this new feature that they are supposedly testing, Wong said to tech media that,

“I would find this feature quite useful if I have a video that I would like to watch with my friends abroad. I also hope that Instagram would make the IGTV videos to be watched with friends also.”

Since the launch of Facebook’s “Watch party Feature” nearly 12 million of these Watch parties have been created so far. This notion is enough to explain Instagram need to replicate something similar for their own social media platform.

According to tech media last year in October, Instagram has been struggling to get views on the content of their IGTV as compared to Youtube views.

Jibo; The home robot just sang its own death knell 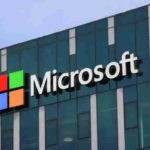