Lately, Instagram has been strengthening its policies regarding moderation. Form today onwards, Instagram has added in a new feature that will send the users an alert who violated the rule of Instagram and their account get close to being banned.

This alert will present users a wide list of things such as the history of their posts, their comments, their stories that have been removed by Instagram from their accounts and also the reasons as to why they are removed.

The page reads as follows, “If you post something that goes against our guidelines again, your account may be deleted”.

After the alert is sent the users, they will have an option to make an appeal towards Instagram’s moderation decision, instead of going through the web help page of the social media platform. At first, the contents that will fall under this appeal will be like pictures removed due to excessive nudity and hate speech content. Over time, Instagram will add-in the option for appeal towards all kind of content that is subjected to being removed.

This change is a great step that will present clarification for the users as to why their accounts are being removed contrary to the shock they get suddenly of having their accounts removed.

In addition to this new alert system, the social media platform is also going to provide its moderating team with more option to ban the bad actors. Instagram has a policy where it holds the right to ban certain users who have posted a certain percentage of the violating content. But now the platform will be able to ban the users who have repeatedly violated the platform’s policies within a certain time frame.

As for the specific time frame window as well as other information related to this new banning policy, Instagram has kept it under the wraps in order to not allow these bad actors figure out any loophole in the system. 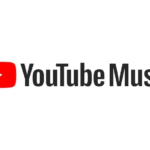