The iOS 13 is soon going to be available to millions of Apple users sometime this fall for their iPhone 6S, SE and some other new models. The new iOS 13 comes with many of the flagship features such as the much talked about System Wide Dark Mode along with a redesigned app for photos and much more.

But as it has been with the past versions of the iOS, this iOS 13 has come with a bunch of features that are less known at the moment and are slowly going to be uncovered by the users. While there are any less flashy features they are still going to entice your waiting for the iOS 13 to be soon available for free download.

For our readers today, we have unearthed 8 of these lesser-known features of the iOS 13.

Volume Control no longer a hindrance:-

Thankfully for all the Apple users, the people at Apple have come up with a great improvement on this feature in the new iOS 13. This time the volume control has been redesigned in a manner that it no longer causes any hindrance to a user watching content on their screen.

Watch how Apple fixed the problem down below.

This time, the volume control instead of popping up and covering the middle of the screen appears parallel to the screen right beside the volume buttons.

Another major problem that Apple has fixed in the new iOS 13 is the selection of the better Bluetooth accessories and Wi-Fi networks right from the Control Center. At the moment, the Bluetooth and Wi-Fi are the shortcuts available on the Control Center and can only be used for toggling them on or off. For the older iOS versions, choosing a particular network or accessory required the user to select the right option from the Settings app of the device.

But with the new and improved iOS 13, the user now does not need to open the Settings app, they can now simply choose both the Bluetooth accessories and the Wi-Fi networks right from the buttons in the Control Center. With Android having this feature already, Apple might be behind but is still highly welcomed.

According to the reports, the 3D touch is no longer going to be in the coming models of iPhone XR and XS. To prepare the users for the upcoming demise of 3D Touch, they have removed the 3D Touch ability for an app’s icon in order to bring out the Quick Actions menu.

Well to make things clear, the Quick Actions is not going to be absent from iOS 13, but instead of pressing it hard now you have to just press it a little longer, making on the method of enabling it slightly differently. For the user of iPhone XR, the Quick Action is a new feature. In addition to this, for the first time ever, the iPads that are supportive of iOS 13 are also going to receive the Quick Actions feature.

This feature is especially for those users who make use of the Hardwiring Keyboard for writing Chinese. For those users who have been thinking about having more space in order to write more of the kanji for making multiple words and full sentences or are in need of larger writing space for larger characters, then there is good news for you guys.

In the upcoming iOS 13, the handwriting keyboard is now resizeable and a user can resize it in any size they like.

Watch how one can resize the handwriting keyboard as per their need in the video down below.

For those who know a little something about the lithium-ion batteries, you might be aware that these batteries do not need to be 100 per cent full charged at all times because keeping them in full juice actually causes the battery health to worsen.

An ideal battery charging for a Lithium-ion battery is up to 80 per cent and it helps to keep the longevity of the battery so it lasts a little longer.

The problem is that you must keep a tab on the device at all times and unplug it once it reaches 80 per cent. However, iOS 13 presents an Optimized Battery Charging option located within the option of Battery Settings.  This option learns from the daily charging routine of the user and keeps the charging at bay from exceeding past 80 per cent. While the question as to whether this feature will help to preserve the battery life still remains to be seen, Apple is, in fact, taking measures to educate its user for not running down their batteries quickly.

According to rumours that in the new iOS 13 devices if a user has dual sim cards in their iPhone they are still going to receive both Face Time calls and the iMessgaes from both these Sims.

At the moment, the current iOS 12 is only able to make use of the FaceTime and iMessage for one of the two Sims.

Apps can now be deleted straight from the App Store:-

Deleting apps in iPhone is a problem of sorts. You have to long press an app icon until it starts wiggling and an X appears on its left side and press it to delete it.  And if you need to delete multiple apps, you need to sour through your home screen to look for unwanted apps.

Apple has added an extra feature in the Photos app and that is Adjusting the Perspective of photos and videos. Prior to Apple, Instagram had the ability to adjust the x and y skew of the photos but not for videos and now Apple users can adjust their photos and videos in the new Photos app.

Watch the video down below.

Well, these features are certainly an improvement on the previous version of iOS and now we are eager to use them and many more of the undiscovered ones as well. 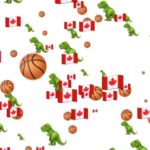 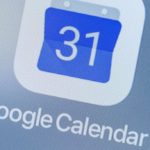