Do you know what Pablo Escobar’s personal hitman does today? Why do butterflies drink turtles’ tears? If you don’t know the answers to these questions, you’ll definitely want to read this article!

We have collected some unusual facts that can astonish even experienced cynics.

So scroll down to read some of the Jaw-Dropping Facts You will Wish They’d Taught You in School.

Worst pirate in history was a woman named Ching Shih

Ching Shih born in 1775 in the Guangdong province and was a sex worker in the 1800s. She then married Cheng I, a pirate’s captain, and he granted her 50% of his fleet.

Thanks to her strict discipline and military tactics, the number of her ships grew really fast. Soon she controlled 80,000 men and 1,800 ships. Once, Ching defeated a big imperial fleet and was called “The Pirate Queen”.

When you get a Ph.D. diploma In Finland, you also receive a top hat and a sword

The color of the hat depends on the faculty. Doctors of philosophy have black hats, doctors of theology have purple hats, and those in law get dark red, and so on.

Personal hitman of Pablo Escobar is a Vlogger today

His name is John Jairo Velásque and he is well-known on his YouTube channel as Popeye. He talks about his past and says that he tried to change his life. He s really popular and some of his videos have millions of views.

After lifting a box turtle if you don’t release it back in the exact same spot, it might die from the stress of trying to find its way back home

Box turtles get stressed when moved into new surroundings. Wild turtles that were domesticated by people have a really short lifespan. If a turtle gets released back into the wild, it’ll wander aimlessly trying to find its old home until it dies.

The scientist took a baby monkey and started to raise it together with his 10-month-old son. It managed to pass all intellectual tests better than the boy but failed to learn to speak.

The scientist had to stop the experiment since his son started to imitate the chimpanzee’s behavior.

Tim Friede; a snake enthusiast let 160 venomous snakes bite him for past 16 years

He let different venomous snakes bite him over the course of 16 years for 100 times. As a result, he became resistant to any kind of poison. He even survived the bite of a Black Mamba.

According to studies of Entomologist Phil Torres, in tropical regions, some animals don’t get enough minerals, especially salt since all their water is fresh. That’s why butterflies (and bees sometimes) drink turtles’ tears. 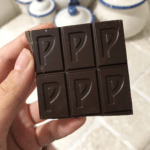 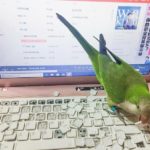