The Jibo Home Assistant; think of it as a cuter version of Amazon’s Echo but without any of the features.  Lately Jibo has went viral over the internet with its own retirement or should we say Death Knell around the world to its users.

This smart speaker which was launched back for the technology enthusiast back in 2014, was initially a plan to usher the world into a new era of “Social Robots.” However, the smart and cute speaker has started to broadcast a message to its users that it would soon start to cease its function after the company is going to turn off all of its servers.

Videos of this news by Jibo have been posted on Facebook on March 1st which has already gone viral and later it also went viral over Twitter.

The bot broadcasted the message in one recording which is as follows, “While it’s not great news, the servers out there that let me do what I do are going to be turned off soon. Once that happens, our interactions with each other are going to be limited. You can learn more at jibo.com and by tapping the ‘what’s new’ button in my menu.”

While there is no official news about this news from Jibo itself, it has left the customers of Jibo to fear that they will soon be left with a 499 dollars worth of paperweight. The bot even played a festive tune and danced about while delivering its death knell. Watch the video to see for yourself this creepy message from Jibo.

In the video above Jibo says, “I want to say I’ve really enjoyed our time together. Thank you very, very much for having me around. Maybe someday, when robots are way more advanced than today, and everyone has them in their homes, you can tell yours that I said ‘hello.’ I wonder if they’ll be able to do this.”

Well, farewell and so long Jibo. We were hardly able to know each other but we definitely don’t care about it. 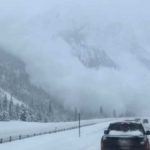 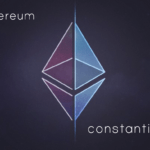