The Windows PC were amazing as they were but no they are going get a whole lot cooler and it is all thanks to the coming foldable screen feature.

Lenovo, the world famous brand that is renowned for its experimental hardware such as their dual screen and half e-ink Yoga Book has just announced that they are soon going to launch there and the world’s very first Foldable Windows PC.

The device when unfolded is 13.3 inches in display tablet which ahs running Windows. However, when the PC is folded in half, the device then turns into a mini laptop which is half the size of a book. This new Windows PC is part of Lenovo’s family of ThinkPad X1.

While the new foldable Windows PC device is not due for release until some time next year, Lenovo still has let out a working prototype of the device.

Taking into consideration the prototype, let’s talk about the hardware of the device. While the device is due for launch next year, many of its features are still prone to change by that time. Still some of the specifications of the device are as follows.

According to Lenovo, as thy device is a part of the Lenovo’s ThinkPad X1 brand, it will envision Lenovo’s foldable devices and will be a great help for the professional users. According to Lenovo, the device is best suited for those who work on road and the business executive which are always in need of a device that has versatility when it comes to the handling of real work on a PC but also with an ability to be available in portable fashion.

In the demo of Lenovo, the device when used in the full screen mode works similarly to a large tablet and users are able to either watch a video or use it for a PowerPoint presentation.

Not everyone is going to like the idea of using the screen keyboard on the touch display. For such serious users who like to have a more realistic typing experience, Lenovo has introduced a Bluetooth Keyboard which is slim in size. In addition to the Bluetooth Keyboard, a Wacom Stylus has also been included in the device for annotating, drawing or handwriting.

Another question about the foldable screen is as to how long term can it hold its durability. According to Lenovo, the screen is engineered in a fashion similar to its ThinkPads which have been renowned for their durability. Still Lenovo is testing out the hinges to ensure that the hinges of this device are to endure twice the amount as compared to other regular laptops.

Being a prototype, the device’s software had little bugs and it kept crashing but it is still enough to present the viewers an idea about the upcoming Foldable Windows PC. The great thing about his device is that while it is not thick when unfolded it is also not that much thick when folded.

As for the price and the how will the various apps adapt to its different modes are the questions that are still a mystery right now.

While this device from Lenovo is going to be a great addition in the world of mobile computing and the Windows PC, the world is already adept to using iPad Pros for the POC like productivity. As for mobile computing, they are using their smartphones. We are not sure at the moment that will this device catch on among the people or not.

Well, let’s hope for Lenovo that we are wrong and the Foldable PCs are hoping to be that next big thing that everyone wanted. 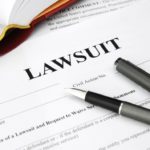 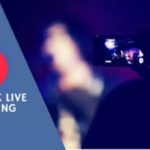