While some of us take our clothes for granted but dressing up is an important thing for many of us to feel good about themselves as well as for anyone around you.

Do not believe us then listen about a girl named Lilli Durante. Lilli Durante is a 5 years old little girl who is from Irwin, Pennsylvania and suffers from the canner form called optic Pathway Glioma. This is a brain tumor that has slow growth and affects the optic nerves. In order for Lilli Durante to ease her pain of the chemotherapy treatment, she arrives at each of her chemotherapy session while wearing a different princess dress.

Lilli Durante is a 5 years old girl who has been diagnosed with a slow-growing brain tumor called Optic Pathway Glioma and she is currently undergoing its treatment via Chemotherapy.

One day Lilli Durante woke up with her eyes being crossed and after consulting the doctors much time, they found out that Lilli Durante who is suffering from this cancer form. If this cancer was not treated she could suffer from permanent loss of sight.

As far as today’s medicine and their effect are concerned, this type of brain tumor is treatable but there was no chance of surgery to remove the tumor. This is why doctors decided to start chemotherapy treatment.

Despite suffering from pain, Lilli Durante decides to arrive at every session of Chemotherapy while wearing a new princess gown.

While the situation is indeed dire, Lilli Durante has decided to fight it bravely as she wears the princess dresses at her every chemotherapy treatment.

So far into her treatment, Lilli Durante has worn 30 different princess dresses and she likes to call them Princess Gowns. She has dressed up as Disney princesses such as Cinderella, Belle, and even Ariel.

Lilli Durante has worn nearly 30 different princess dresses including the likes of worn by Belle, Ariel and Cinderella.

Lilli Durante has come to the hospital while wearing different dresses that now the staff of the hospital has started greeting her whenever she arrives as “Your Majesty”.

Her treatment is progressing well and she has been a ray of hope and inspiration to others around her.

It is not needed to say that Lilli Durante is an inspiration to others as she is shining with positivity whenever she wears the new princess dress. The hospital staff also tries to cheer her up whenever she comes to her treatment.

To Mark The 30th Anniversary Of The Brandenburg Gate’s Fall 120,000 Ribbons Art installation titled “Visions In Motion’ Hover Near it 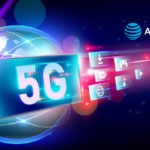 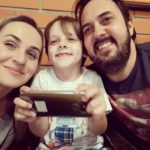