The starting price for the Mercedes-Benz new SUV, which is the automobile company’s first electric vehicle that boasts long-range, has been announced. The price is set for a sum of 6700 dollars. The news for the new Mercedes-Benz SUV was announced a little over a year ago and it is now expected to arrive in the US sometime in the first quarter of 2020.

The price for the ne Mercedes-Benz SUV was announced at the 2019’s LA Auto Show which has now placed this base model of EQC in a spot for competition with other premium quality electric SUVs. Jaguar’s I-Pace comes at a starting price of 69500 dollars whereas the base price for the Audi’s E-Tron is at 74800 dollars. As for the king of Electric Vehicles; Tesla, their Model X for SUV starts at 84990 dollars.

Despite there being more of the affordable priced electric SUVs available in the market these days, they still do not provide the same level of comfort as by these high-end SUVs. Some other affordable priced SUVs are like Kira Niro EV for a price of 38500 dollars whereas Hyundai sells its Kona EV at a starting price of 36950 dollars. Last but not least, another great and affordable option is Chevy Bolt which starts at a price of 37495 dollars.

Although there has been no information from Mercedes-Benz upon the estimated range for the new EQC SUV, the expectation is that it will be about 200 miles on one full charge. As far as the performance is concerned, the EQC SUV is expected to have almost 402 Horsepower all thanks to its two powerful Electric Motors which will also provide for the 4 wheel drive.

The design for the new Mercedes-Benz SUV is just like any other USV offered by Mercedes-Benz. This base model comes with the following design features.

As for the safety features in this new Mercedes-Benz SUV, they include the following.

If all of this was not enough, Mercedes-Benz has also added in their state of the art infotainment system named MBUX which will be presented over the dual touchscreen displays of 10.25 inches.

Trims for the new Mercedes-Benz SUV:-

In addition to the base model of the new SUBV model, Mercedes-Benz is also offering a premium trim for this EQC SUV which comes at a starting price of 72270 dollars. As for the advanced trim, it will start at a price of 76620 dollars. The premium trim of the new SUV will have the 360-degree camera system whereas the advanced trim will present the leather seats along with the rose-gold stitches and the package for driver assistance from Mercedes-Benz. Each of these trims will also come with their own selection of paint and interior options. 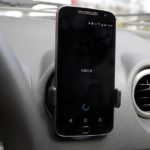 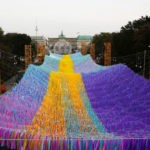