This game was used as a part of the Easter egg but by the employees of Microsoft where they would post the clues for a series of images and puzzles but now this software marker in making itself appear as the official game on the Microsoft Edge.

3 Modes of the new Ski game on Microsoft Edge:-

The SkiFree game is now going to available on the Microsoft Edge browser in the 3 modes which are Classic surfing mode, time trial mode and the slalom mode where the player has to surf through the gates. The common Classic Mode of the game will allow for the players to play in the endless surfer mode where they will be avoiding obstacles and a ghastly Kraken that they are being followed by. As for the time trial mode, there is no need to explain it but this mode does have coins that one needs to collect to shorten their time and for finding the speedier routes. As for the hardest mode, it is undoubtedly the Zig Zag mode during which player needs to hit every gate or their streak will be rest.

Controller options for the new game:-

If you are still not happy, then hear this. Microsoft is going to add the controller options where players can use keyboards, mouse, touchpad or even gaming controllers like the Xbox One controller for playing the game.

Well, it is not going to be one of those games that will be a top hit o the Twitch streams, it is still a really entertaining Easter Egg when there is no internet connection. The game is being added to the Dev and Edge Canary builds of the browser and is soon going to appear in the stable version of the Microsoft browser too. 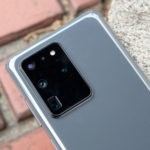 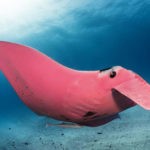