While you might not believe it, there are still some people who are using the “Internet Explorer”. For those people, Microsoft has a message “Stop Using IE”.

Microsoft cybersecurity expert; Chris Jackson recently published a post on the official Windows IT Pro blog, which was titled as “The Perils of using Internet Explorer as your default browser”.

Jackson, in this article, urges the people using the IE, to stop using this old web browser as Microsoft itself has officially discontinued its use back in 2015.

Jackson says in the article, that many people still ask him about the problems related to IE and their businesses. While an average internet user has shifted to browsers like Google Chrome, Firefox or Microsoft’s Edge; many of the small businesses are still working on old web apps or sites that were designed for Internet Explorer.

These small businesses instead of updating their techs have decided to keep using Microsoft’s old Web Browser.

Jackson says “enough is enough” and it is time to stop calling IE as a web browser. Jackson writes in his post,

“Internet Explorer is a compatibility solution. We’re not supporting new web standards for it and, while many sites work fine, developers by and large just aren’t testing for Internet Explorer these days.”

As for Microsoft, they are also planning to solve the Edge issue in their upcoming Chromium-based version of the browser. This version will be compatible with Windows 7, Windows 8, and even Mac.

As for last in his post, Jackson writes as follows,

“If we continued our previous approach, you would end up in a scenario where, by optimizing for the things you have, you end up not being able to use new apps as they come out. As new apps are coming out with greater frequency, what we want to help you do is avoid having to miss out on a progressively larger portion of the web!”

5 new features Twitter is testing in the iOS app 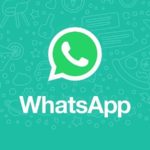 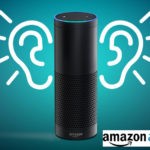