There is one thing that everyone knows about Microsoft and their product Xbox is that they simply love introducing the custom models of their Xbox One consoles.

Getting one of these custom consoles:-

For those of you who are looking to order one of these Jordan-branded Xbox One X consoles, be ready for some high disappointment. Microsoft has not actually manufactured any of these consoles to be ordered by customers. Instead, these consoles are being given away as the part of a competition that Microsoft will be starting until 27th February. The only way anyone can win this Jordan-branded Xbox One X is by retweeting this particular tweet from a Microsoft box account holder.

Other custom Xbox One consoles:-

Over the many years of their services, Microsoft has created numerous custom Xbox One consoles and some like that of Nike One, they do not go on the sale.

We have also seen the custom made Xbox One S for honoring the late Paul Walker then a custom made Chainsmokers console and even the limited editions of the Minecraft, Fortnite and Gears ones too.

How-to guide for setting up and using the Fitbit Pay 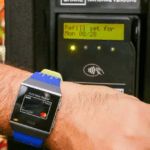