The concept of a user being able to not only stream a console but also the PC games over any mobile device or any other platform was a pipedream for a while. However, lately, Microsoft announced the news that they are trying to make this dream reality with their new one-of-a-kind project named as “Project XCloud”.

Project XCloud: What it really is?

Project XCloud is introduced by Microsoft and like its owner; it will be able to offer the streaming service for any Microsoft game. The company announced the news of this service back in 2018 at their E3 Video Game Trade Show. Although the news was announced briefly last year, Microsoft offered a demo of this service back in September of 2013 at their internal meeting where they featured the streaming service for Halo 4 from Cloud to Window’s exclusive Lumia series phones and Windows.

Back in October of 2018, Microsoft revealed some further information on this new streaming service along with a code name “Project XCloud”. The announcement was followed by a brief video that featured live streaming of the service. Players were also seen in this brief video where they were playing popular games like Forza Horizon 4, Gears of War 4, Halo 5, and Cuphead over their Samsung smartphones as well as their tablets and all this with Xbox controllers.

Microsoft also revealed in the announcement that they have also introduced the “Touch Input Overlay” for applying these Xbox One games over smartphones without any need for a controller.

Exclusive preview of the Project XCloud:-

Finally back on March 12th, 2019, during an Inside Xbox episode, the head of gaming cloud service at Microsoft named Kareem Choudhry presented the sneak preview of the Project XCloud. On live stage, he brought out the Android phone which was connected with Xbox One controller. Later the Inside Xbox host named Julia hardy also played the Xbox game Forza Horizon 4 on it.

Although the game was running extremely smoothly, some people have critiqued as to what kind of trickery had been employed to present such a smooth demo.

Microsoft also announced the most important news about the compatibility of the service with the Xbox games. They announced that the service will not only be applicable for new games but also the other Xbox One games that were published before the launch of Project XCloud. To put the cherry on top of the cream, Microsoft also claimed that the users will be able to access their Xbox One games with XCloud without the need of any additional work.

Launch and Cost of Project XCloud:-

The next main questions were as to when the service will be launched and exactly how much will it cost.

Microsoft addressed both these questions stating that they will make the service public sometime in 2019. The tech giant sill did not reveal as to where will the trials for this service take place or will it charge a fee for these trials or not. It also did not reveal the exact date of the full service for the public.

More information will be revealed by Microsoft shortly.

Which smartphones will be compatible to work with Project XCloud?

Although Microsoft like much of the information related to service did not reveal as to what devices will be compatible to work with this service, the demo video showed the Samsung based smartphones and tablets. To be safe calling, Microsoft will initially launch the service for mainly Samsung as well as other Android devices. As for the support of the service on the iPhone and iPad, it seems a little difficult for now.

Any possible Competitors for Project XCloud:

Although the idea of game streaming service like that of Netflix and Hulu for streaming videos of Spotify to stream music is not that much different, it is still a lot harder to accomplish.

Anything that has come closer to XCloud was from the gaming service Nvidia. The service from Nvidia was “GeForce Now” that allowed its users to stream some selected popular PC games over their own Android-based Shield tablets like Original and K1 as well as their Shield Portable console and Shield TV boxes.

Another strong contender in this field is the Sony and its “PlayStation Now” service that was launched way back in 2014 which allowed the user to stream more than 650 games over following platforms for a monthly fee.

Still, Sony has cut off the services to many consoles and now offers it only over PS4 and Windows PC.

Last strong contender in this regard is the internet giant ‘Google” with a service with the code name “Project Stream”. The service is currently an invite-only beta service which invites the users to play the Ubisoft’s action-adventure game Assassin’s Creed: Odyssey, the full version over following devices that have the Chrome browser.

Still, the service is still in beta testing and Google is yet to announce its plans for the expansion of the Project Stream.

All in all, this new Project XCloud by Microsoft could be the biggest game changer in the game streaming field. Microsoft’s new project seems viable as they have extensive experience with not only the Xbox division but also with the cloud server technology that could help them successfully launch the Project XCloud on Global scale.

10 Google Chrome extensions To Make Life of any User Easy 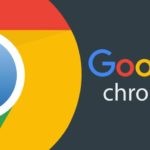 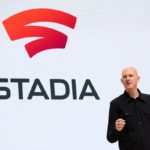