In the X019 Conference of Microsoft held in London, the company announced that it will be announcing major deals for the Black Friday sale and the Cyber Monday. The company is planning to offer their biggest discounts for their products like Xbox One along with reduced prices on their controllers and the games.

These deals from Microsoft will start running from 24th November to 2nd December. However, the subscribers for the Microsoft services like the XBOX Game Pass Ultimate and the Xbox Live Gold will be able to avail of these offers soon from the other. The date for these offers for special customers will start on 21st November.

For those of you who want to be the first ones to access the deals earlier than the most, you can get the 3 months subscription for the Xbox Game Pass Ultimate for as low as 1 dollar from 14th November. This deal is only available for the subscribers who are getting it the first time.

This deal will also include the 1-month free subscription to the EA Access as well as the 3 months of Discord Nitro and 6 months for Spotify Premium. This is unless the person does not have these subscriptions to these services before.

As for the hardware deals from Microsoft, the company is offering a discount of 150 dollars on all of the Xbox One consoles and their bundles along with 1000 dollars discount on the bundle of Xbox One S. the new Xbox One S All-Digital bundle is going to be available for a cheap price of 149.99 dollars. This bundle will come with games like Fortnite, Minecraft and the Sea of Thieves.

As for the following Xbox One controllers, they will come with 20 dollars discount at a price of 49 dollars each.

The design lab controllers are going to be available for a discount of 10 dollars with the new price being 59 dollars. While Microsoft says that these are the best prices for the season, other retailers are also offering the best deals on the controllers for as low as 39 dollars.

For those of you who are looking to get discounts on new games to play on Thanksgiving; Microsoft plans to offer the 50 percent discount on the following in-house titles. 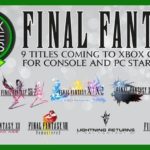 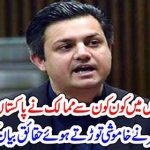