Earlier last month, Microsoft opened up their first Minecraft Earth beta to be compatible with the iOS devices and now they are moving towards Android. The new software from Microsoft makes the sign up for the game’s Android version much easier.

As for suing the Minecraft Earth beta, a person is going to need a handset which is AR capable and runs on Android 7 or higher. The common sense is that more powerful and modern the Android device is, the better the AR game is going to run.

Minecraft Earth beta is one of the new AR games that is quite similar to that of Pokémon Go. Microsoft worked with the development studio named Mojang for many months to create this new game. In this game, players will now be able of collecting materials along with building huge Minecraft structures alongside their friends. The goal of Microsoft with this new game is to cover the whole world in blocks of Minecraft.

As for this beta play of the game, it has limited features like collecting the resources and doing crafting. Still, Microsoft has plans to add in the Adventure Modes with which players can interact with other players at the designated areas of Minecraft.

The Minecraft build plates can be used to build a Minecraft building right on your table with your family and friends. If any other player uses any part of their own plate on your build, it will become part of your own build. This makes this beta to be a collaborative effort game for creation of giant structures to be displayed through phones with each other.

As for now, Microsoft is only testing out the basics of the game before they made the expansion.  For those of you, who are interested in playing this game on your Android devices, go to this link “Minecraft Earth beta site”.

The beta is available for sign up next week. 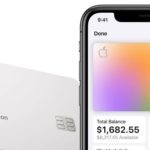