YouTubers have managed to successfully raise the sum of 20 million dollars for helping the Arbor Day Foundation which plans to plant nearly 20 million trees. These YouTubers were helped by some really wealthy tech executives as well as another half a million donors.

This charity campaign was started nearly 2 months ago when nearly hundreds of YouTubers led by one particularly renowned YouTuber named Jimmy Donaldson better known as MrBeast, all teamed up for fighting against the menace of climate change and then proved to everyone that the platform of YouTube is not a simple drama fest.

The initiative was able to reach its halfway mark rather quickly with charity streams and other organizer videos. By the time it was 31st October nearly 10 million dollars had been raised through donations coming from some rich folks. 1 million dollars were donated by Elon Musk, the CEO of Tesla and SpaceX, 1 million and 1 dollars donated by Tobi Lütke CEO of Shopify, two donations for 150000 dollars and 200000 dollars made by Jack Dorsey, the CEO of Twitter and Square. Seeing this all going on YouTube, the CEO of YouTube itself Susan Wojcicki donated a sum of 20000 dollars to this campaign and also made a video with Rober where she highlighted to viewers to promote this cause.

Trees that are planted through these raised funds will be able to absorb and store nearly 1.6 million tons of carbon gas and also remove 1500 tons of other harmful chemicals from the air to reduce air pollution.

This fundraiser was actually built up as a joke by the fans of MrBeast who suggested that he should celebrate his passing the mark of 20 million subscribers by planting 20 million trees. This joke then turned into a real charity drive and has been great for the channel of MrBeast as well. The video made by MrBeast on this imitative received 35 million views while other creators in the campaign saw millions of views as well. 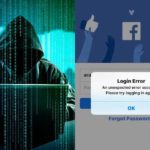 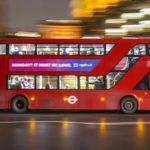