The following murderers were all cunning and manipulative. They trapped their victims both mentally and physically, leaving a trail of bloody clues for the police to piece together. Was it their high intellect that turned such dark urges into a hobby? Or were they simply so smart that they thought they’d never be caught? Either way, a lot of innocent lives were lost at the hands of these monsters.

John Christie killed at least eight women, including his own wife, during the 1940s and 1950s. In his younger years, he was gifted in mathematics, and it was discovered he had an IQ of 128. One year later, he killed both the mother and her daughter and then framed the husband for the murders. Aged just 24 years old, Evans was forced into giving a false confession, and he was executed.

Ted Bundy is one of the most feared and recognizable serial killers of all time. During the 1970s, he traveled between seven states, taking the lives of innocent young women and girls. Although he spent a long time denying his crimes, he later confessed to 30 homicides. Bundy’s IQ was tested at 136Even behind bars, he was still able to escape prison twice. He was sentenced to death and died on the electric chair in 1989.

Lawrence Bittaker was one half of the serial killer duo known as the Toolbox Killers. Alongside his accomplice Roy Norris, the pair murdered five victims after subjecting them to a painful torture involving hand tools. They only targeted and kidnapped teenage girls, who they would hide in their blacked out van called the “Murder Mack.” Their killing spree lasted three months over the summer of 1979 before they were caught. Now, both killers remain on death row in separate prisons in California.

Jeffrey Dahmer was also known as “the Milwaukee Cannibal” after he butchered 17 men and boys. His IQ of 145 places him in the top two percent of the population, yet this is little-known, as he is remembered for drilling holes in the heads of his victims in an attempt to turn them into his own “zombies.” Continuous alcohol abuse allowed Dahmer’s mental health to deteriorate further, and his killing spree continued over the next decade. When one victim managed to escape, he ran to police officers, who visited Dahmer’s apartment. There, they discovered human remains and Polaroids of the dismembered victims. Dahmer was sentenced to life in prison after giving a full confession. In 1994, he was killed behind bars by another inmate, who bludgeoned him to death with a 51-centimeter (20 in) iron bar.

Edmund “Ed” Kemper, also known as “the Co-Ed Butcher,” claimed the lives of ten victims, including his own mother and grandparents. Standing 206 centimeters (6’9″) tall, weighing over 113 kilograms (250 lb), and possessing an IQ of 145, he could overpower his victims both mentally and physically. Between May 1972 and February 1973, Kemper murdered at least six female hitchhikers. One of his final victims was his own mother, who he battered to death with a hammer and then decapitated. He then invited his mother’s friend over and strangled her. The next day, Kemper called the police and confessed to his crimes.

On July 15, 1997, spree killer Andrew Cunanan shot and killed fashion designer Gianni Versace on the front steps of his Miami Beach mansion. He had an IQ of 147 and once had a promising childhood; he’d memorized a whole set of encyclopedias by the time he was ten years old. Cunanan was also a prolific liar. His downward spiral led to the murder of at least five people, including Chicago tycoon Lee Miglin and Gianni Versace. In June 1997, Cunanan became the 449th fugitive to be listed on the FBI’s Ten Most Wanted Fugitives list.

Carroll Cole is a twisted serial killer who took the lives of at least 15 women and one boy between 1948 and 1980. He was executed for his crimes, but with an IQ of 152, his fate could have been much different. Cole was bullied badly as a child; his cruel mother dressed him as a girl, and his school friends would taunt him for his “girl’s name.”Cole’s first victim was a classmate who he drowned in a lake, but the crime went unnoticed, as it was considered an accident. Cole claimed that he had murdered at least 14 women over nine years, although the actual victim count remains unknown, as he was usually drunk at the time of the murders, so he couldn’t remember them all. In 1985, he was executed by lethal injection at Nevada State Prison.

Serial killer Charlene Gallego turned from a shy, intelligent young woman into a cold-blooded killer. She performed well at school thanks to her outstanding IQ of 160. However, after two failed marriages, she fell in love with her future husband Gerald Gallego, and the couple became a deadly duo. Together, they targeted women who were in their teens and early twenties. The victims were abducted at gunpoint and thrown in the back of the couple’s van. They would be subjected to sexual torture at the hands of Gerald and then killed—either shot or strangled. The total victim count was 11, including an unborn child. Charlene and Gerald would become known as “the Love Slave Killers.”

Ted “Unabomber” Kaczynski was a domestic terrorist, an anarchist, and a mathematical prodigy. He excelled academically from an early age and has a staggering IQ of 167. At just 16 years old, he was accepted into Harvard University and ultimately gained a PhD in mathematics from the University of Michigan. Less than a decade later, he had become an assistant professor at the University of California, Berkeley, but after handing in his resignation, his trail of terrorism was set to begin.

Serial killer Rodney Alcala’s IQ has been debated as sitting anywhere between 167 and 170. His five victims were four young women and one girl aged just 12 years old, who he killed between 1977 and 1979. His murder spree stretched between California, New York, Wyoming, and possibly Washington. Alcala almost got away with the murders until new DNA testing in the early 2000s tied him to four murders. Alcala had become known as “the Dating Game Killer” in the media because he appeared on the popular eponymous ABC TV show during his killing spree.

This doctor has perfect strategy to distract babies from shots

Harrowing Tales of People Who Survived Months at Sea 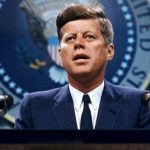 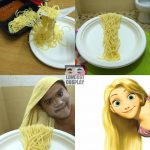