When most of us think for a great vacation plan, the first thing that comes into our mind is a picture of a tropical island with great natural beauty. However, some of the islands deviate from their stereotypical beauty and they today have definitely earned the title to be in pr list of Weird and mysterious Islands with lots of secrets to their history.

For our readers today we have gathered up a list of such obscure islands.

So scroll down to look and read about these mysterious and amazing islands with lots of secrets to their history.

This island is an example of the phrase; nature will always prevail if we leave it alone. This was once a fishermen village which they left long ago to go to the mainland. Since then Mother Nature took over its role and the entire village is covered with the green blanket of moss and grass even in the streets.

This island is located in a place which is not only a tropical paradise but also creates a magnificent illusion. When you look at the island from above, the flow of sand and salt deposits makes it seem like that there is an “Underwater Waterfall” here.

The island got the name Snake Island because it is the home for one of the most venomous snakes in the world called Golden Lancehead. According to experts, there are an estimated 4000 snakes living there which is one snake for every one square meter. The place has been banned from visitation for the public by the Brazilian Government.

This 6 km2 coral atoll of an island is located in the Pacific Ocean and is thousands of kilometers away from the nearest mainland. Back in 1910, a lighthouse was built there and even 100 people lived on the island. Back in 1914, the ships that were supplying resources to the island’s resident, stopped coming due to Mexican Civil War. Majority of the people on the island were forgotten and left to starve to death.  The last of the survivors were 3 women and 8 children who were severely malnourished when rescued in 1917.

This coral atoll is one of the most isolated places on earth. Filled with beautiful lagoons and dense rainforests, it contains the highest concentration of marine life. Despite its rich resources and beauty, there is a superstition about this island that many ships have disappeared around it. Travelers need to have a special visitation permit for going to this island.

The Fort Carroll is given to this island because the US army built a fort there. The island has been up for sale for quite a long time. The original buyer o the island was looking to make it a leisure center with restaurant, hotel, and a casino. However, the island is heavily visited by birds and the law states that you can only construct something there if you o not disturb the birds.

This one specific island is actually a one big Diamond Mine. The mine is named as Diavik Mine which was opened in Canada 15 years ago and has nearly produced 100 million carats of diamonds ever since. This roughly calculates to 20 tons of diamonds.

These people thought they were having a great day but life said, ‘wait one sec’

Internet users shared helpful and easy to use household tricks

Australian Firefighters pose with animals for 2019 Charity Calendar; the photos are so hot it may start fires 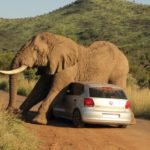 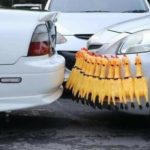