As it turns out to be for the users of Google Assistant, your private moments are not that private anymore.

According to the tech media, digital devices that are integrated with Google Assistant are recording the voices and the conversations of the users in their houses and also sending those messages to the users for review. Google Home is one of the many digital devices that are equipped with the Google Assistant that can also be found on Android smartphones.

The most troubling thing to emerge about Google Assistant is that most of these devices have not been triggered with the activation phrase such as “Hey, Google”. This has led to the nearly 1000 recordings to be leaked.

Just like the function in Amazon Alexa, Google Assistant also plays back the recordings of the people to turn them into texts. In some cases, a real person is now listening to what the user has asked the smart device or their smartphone along with sometimes hearing the things they have not meant for the Google Assistant to hear.

VRT NWS got access to nearly 1000 such recording and their broadcaster said the following statement about this,

“VRT NWS listened to more than a thousand excerpts, 153 of which were conversations that should never have been recorded and during which the command ‘Okay Google’ was clearly not given”.

The big question here is that what are the contactors actually listening too? According to the VRT NWS who got access to these leaked recordings stated that these recordings were mostly conversations like bedroom conversations, parent and child conversations along with many recordings that were of professional phone calls containing lot of personal information.

As for Google, they have also confirmed the news about this leak but instead of taking the blame, they laid it on one Dutch language reviewer.

David Monsees of Google wrote in the company’s blog post, “Our Security and Privacy Response teams have been activated on this issue, are investigating, and we will take action. We are conducting a full review of our safeguards in this space to prevent misconduct like this from happening again.”

Monsees also added to his statement, “Rarely, devices that have the Google Assistant built-in may experience what we call a ‘false accept’. This means that there was some noise or words in the background that our software interpreted to be the hot word (like ‘Ok Google’). We have a number of protections in place to prevent false accepts from occurring in your home.”

All in all our smart assistants are just not that smart at all but instead, they still require some human input. For those who do not feel comfortable with the fact that their conversations and recordings are being listened by a complete stranger, then we recommend only one thing, “Its time to say goodbye to Google”.  You can either unplug the Google Home or Disable the Google Assistant on your Android smartphones.” 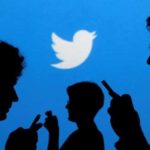