Apple Card is the new credit card of hi-tech and represents the ultimate badge of Apple. This Apple Card is now available for anyone to use in the United States.

The card was launched earlier in the month of August but at that time only limited people were issued this card.

How can you get the Apple Card:-

For those of you who wish to apply for the Apple Card; you can do it by going thought the Wallet app that is preinstalled in the iPhone. But be advised that it is going to take a little extra time than usual for the titanium card to arrive at your home.

Still this does not mean that you cannot use its facility. The virtual card can be used by a person by signing up with the Apple Pay.

In addition to this launch, Apple also launched its program named Daily Cash which includes Uber as well as Uber Eats. Company also stated in their address that they are also going to keep on launching more famed apps and merchants in the upcoming months.

Another important and most attractive feature of Apple Card is that there are no fees like the following.

As for keeping track of your spending habits, the Apple Card also comes with its own accompanying app., this app will give the user of the card the detailed overview of their spending habits.

As for when Apple Card is going to expand and tap into other markets, there is still no information about it from Apple. 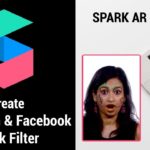 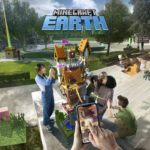