Whenever you plan to travel for a vacation to a foreign country, it is essential that you must get yourself educated with the laws of that country. The reason for this is because some of these local laws can be pretty harsh for the tourists. In some countries, breaking their local rules can lead to serious jail time.

Today we have decided to warn you about some of the most common things that you should not do when visiting some countries in the world if you want to avoid serious jail time.

So scroll down to look at these ordinary things that can get you arrested in a foreign country.

You can easily get serious jail time on the account of collecting some pretty seashells and corals on the beach of Thailand. Some Russian tourists bought some souvenirs from a local shop and brought it on the beach and they were arrested. They had to pay 2000 dollars instead of facing the jail time.

In Thailand, tourists are not only prohibited to collect seashells but also prohibited from feeding the fish in the living waters. For this crime, one can face up to 1 year in jail.

If you plan to play cards while sunbathing on a beach in Thailand, then think again. According to a local law

of 1953, possession of 120 playing cards can lead to imprisonment. This means that you should never take two decks in Thailand.

Singapore: Connecting to another person’s Wi-Fi

Never connect on a Wi-Fi in a Singapore, if you don’t on it or have the permission to do so. If you open up a local Wi-Fi network without notifying the owner, the law will count it as a hacker attack which can lead to 3 years of imprisonment.

When visiting Japan, make sure to always have the ID card on your person. For those who are found out by police without their proper documents, they can face jail time of up to 23 days.

For those who are visiting UAE, they must be ready for a close check up on the airport. Small things can lead to serious jail time. For example, a Swiss citizen who came to Dubai was imprisoned for 4 years because he was untidy. He got this sentence; after police found three poppy seeds on his shirt which were from a poppy cake he had eaten earlier on Heathrow Airport.

Saudi Arabia is famed for its harsh laws. Even the famed move from a famous dance can be a reason for arrest because authorities believe that this move as a reminder of the side effects of illegal drugs. A singer also got arrested, not long ago, in Saudi Arabia after he imitated these moves.

There is also a serious law for those who want to eat and drink in public places during the month of Ramadan. It can lead to arrest and deporting from the officials.

US: Giving food to homeless people and spitting in the public

The inhabitants of the American town of Fort Lauderdale in Florida take this law very seriously of prohibiting giving food to homeless people in public. This law is so harsh that a 90 years old priest was arrested for 2 months as he cooked and gave away food to the people in need.

The State of Florida has another interesting law which we think; everyone living there might have broken once. In a little town in Florida called Lackland town, there is a law since 1944 which prohibits people to spit in public places. Breaking the law can lead to arrest and serious jail time.

These Celebrities Actually Look Nothing Like Their Stage Image

Extreme People Who Made the Impossible Possible 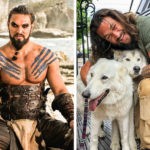