The iOS 13.3 was launched by Apple last week on Tuesday and one of the newest features in Apple’s new iOS was the Communication Limits that allows for parents to set limits on who can their children message to or talk with. However due to some bugs on the contact sync feature of iCloud, apparently this new Apple iOS security can actually be bypassed easily. This bypass of the parental controls can actually allow the children to talk to or text with complete strangers with whom they were not officially allowed to.

Apple also confirmed the bug of their new iOS and they said that they are currently working on the fixes but it is not good for the company’s already marred privacy and security problems. This bug is also a bad reputation for the company especially because this feature was placed in order to protect the children.

Ways to bypass the Communication limits on Apple new iOS:-

When a user taps on the text received from the unknown caller, a warning pops up that says that this number was a restricted contact. But the user can then tap on the small text reading “Add Contact” on this warning screen and add the name to this restricted contact and save it in the Address book. After doing these short few steps, the user can easily call or text that number.

This is the GIF of bypassing the Communication Limits for Apple’s new iOS.

According to tech media, one other method to work around the Communication Limits features is to use the Siri on the Apple Watch. If a user tells Siri to call or text a number, it will do so despite that number not being on the phone’s address book. 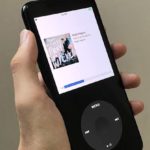 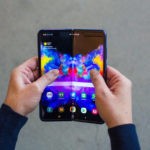