According to the latest media reports, the U.S. CBP (Customs and Border Protection) is looking to expand the use of facial recognition technology. This new implementation will be identifying right about every passenger that is going to leave the United States from a US airport on a commercial flight.

The CBP is already making use of the facial recognition technology at nearly 15 of the top US airports. This technology works by taking the photo of every passenger that walks by the departure gate of the airport.

This captured image is then transferred to a system that checks it with the passenger’s visa and other passport documents. This is done to make a possible match and the exit record of the said passenger. The images that do match are a red flag and will be taken under lose inception by the CBP.

The Fiscal Tear 2018 Entry/Exit Overstay Report which was released by the Homeland Security Department of US; the report states on page 11 that CBP is looking for expansion for the use of the technology called the Biometric Exit over the course of coming 4 years. They will be using the technology for nearly 97 percent of the departing passengers from commercial flights out of the United States.

As for the reason for using the facial recognition technology to keep the exit record of the departing passengers is that the technology is the most reliable. It also happens to be very efficient in detecting certain individuals who have been classed as overstays on their visa.

The technology, which has been used on over 15 US airports have had 1500 flights since the implementation of the system and nearly 2 million passengers have since then passed through these biometric exit systems.

Out of those documented passengers, nearly 7000 of them have overstayed on their visa. One other great propose that the system served for the CBP was the identification of an imposter who was trying to sneak into the country but was caught on the airport.

After the US completes installing this technology over all of their airports, they will also start to install it over their borders as well. 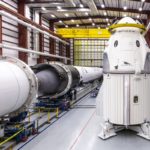