We all love food, but we often underestimate how food can change over time and across cultures. After all, chocolate was mostly used to make a bitter drink with chili peppers in Central America long before somebody had the idea of adding sugar to it. One man’s junk food can also be another man’s medicine. Did you know cough drops are sold like candy in some countries? In other words, an ordinary dish can be taken to a whole new level in different countries.

We have collected some of the most interesting ways foods are eaten and prepared around the world.

So scroll down to look at the list of people from other countries who eat ordinary foods in crazy ways.

Chip Butty; A British sandwich is actually a sandwich made out of fries in-between 2 slices of buttered bread. Occasionally, other sauces, like mayo or vinegar, are added in.

The trekking burger is literally a burger in a can. According to The Adventure Company, you can cook them by immersing the can in heated water.

This dish is actually inspired by a Neapolitan dish called spaghetti frittata, in which pasta is fried with egg and cheese.

In Japan, one popular breakfast meal involves eggs without actually cooking them and simply pouring the raw eggs served over cooked rice. It is eaten while swirling the egg across the rice using chopsticks. Some toppings include soy sauce, sesame seeds, and occasionally even roe.

Unlike western ice cream, it is made with a thickening agent. Because of this, the ice cream sometimes needs to be eaten with a knife or fork; some vendors actually have to cut it up like shawarma when selling it.

This is a Korean dish and according to Great British Chefs, the meat is trimmed of fat and marinated in soy sauce, sugar, and sesame oil. Similar to steak tartare, it is also traditionally served with a raw egg.

This Thai dish is made by steaming coconut milk and egg inside a hollowed out pumpkin.

This dish is Jell-O’s savory cousin, made using meat stock or consume, with meat or eggs, as well as vegetables, serving it as a common filling. Its cousin was the Jell-O salad, which often contained fruit inside of a Jell-O mold.

Hilarious times when outdoor advertising was taken to whole another level

Wackiest photos which prove that moms live by their own rules 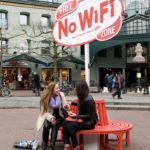 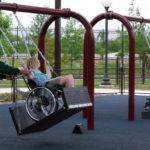