Jim Lamey: Twice In His House

In 2009, Jim was showering inside his Pennsylvania home when a bolt of lightning, shaking his entire house, connected with his water pipes, consequently zapping him. Luckily, his son was nearby to save Jim from drowning. Six years later, he was struck a second time through the sink while doing the dishes. The strike knocked him unconscious, and he later woke up in a chair with stomach pain, unsure of how he got there. Jim survived both strikes with no lasting injuries, other than the scars from the burns the strikes caused.

North Carolina man Bob Edwards had the unfortunate luck to be hit by lightening exactly three times on the same road. He was struck on the North Carolina road before, in 1997, rescuers had to revive Edwards three times. He was also struck by lightning in South Carolina in 2009. His third time was in 2012 when he was leaving a restaurant and heading toward his truck. After being struck, Bob Edwards had to crawl to the restaurant, where a little girl spotted him and ran to her father for help. Luckily, Bob sustained no lasting injuries, but he does, unfortunately, suffers from PTSD.

Walter Summerford: Three Times in Life, Once In Death

Walter Summerford was first struck in 1918, while serving as a major in World War I, knocking him off his horse. After serving, during a fishing outing in 1924, lightning struck a nearby tree, connecting with Walter through the ground. In 1930, he was walking through a park, where, you guessed it; he was struck for a third time. This strike left him paralyzed. Two years after this third strike, Walter died and was buried. But the story didn’t end there. Four years after he was buried, a streak of lightning cracked his gravestone, marking the fourth time Walter had been struck.

In 2013, Casey Wagner, a Texas rodeo clown, was attending Rednecks with Paychecks, an annual event in Saint Jo, Texas, where hundreds of people show up to race, off-road, and go mudding. During the festivities, a storm gathered above him. Wagner and his friends went in search of cover, and lightning struck Casey twice in a split second while he was standing near a tree. He said it sounded like two shotguns going off, one after the other. Luckily, Casey survived.

Beth Peterson, who wrote a book about being struck by lightning called Life After Lightning, was hit the first time while working as an Army specialist stationed at Fort Benning in Georgia in July 1992.Then, almost exactly a year later, while she was still living in Georgia and trying to get over the fear inflicted by the first incident, Peterson was struck a second time.

As the official Guinness World Record holder, Roy Sullivan is recognized as having been struck by lightning more than any other person. He was a park ranger in Shenandoah National Park in Virginia. He spent ample time outdoors and in the woods and was struck multiple times while on duty. One of the strikes, amazingly, led to Sullivan’s hair being set on fire. It was reported that at one point, Roy, believing that a cloud was chasing him, began to run away, but he ended up being struck by lightning anyway. Unfortunately, in 1983, Roy died of a self-inflicted gunshot wound.

Melvyn Roberts of South Carolina made headlines in 2011 for being struck by lightning six times, and by 2015, he’d claimed to have been struck five more times. His wife makes sure she is standing far away from him whenever there is a storm because, she says, “Someone has to call for emergency.”Roberts has stated that he has suffered headaches, speech problems, nerve damage, and memory loss as a result of the strikes. 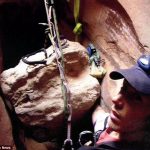 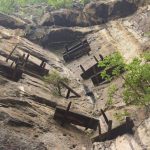