Undergoing a surgically procedure is a nightmare in itself own self, with constant worries about fear of death and many other things that can go wrong on the operation table.

Ines Ramirez, Mexican pregnant woman, one night back in 2000, started to feel pain her belly familiar to childbirth. Last time she lost her baby during pre pregnancy period and this time she was determined to save this child. She asked one of her children to grab a kitchen knife and give her three glasses of liquor to numb the pain sensation. She made incision on her belly and took out the baby by shifting organs aside. Some organs also fell outside but the baby was delivered safely. All of this was done without any anesthesia and she made it alive through this self surgery.

In 2003, Aron Ralston was rappelling down a slot canyon in Southeastern Utah when he slipped, causing a boulder to dislodge and trap his right arm against the side of the canyon. Ralston tried freeing his arm but was unsuccessful. He knew rescue was not coming anytime soon. After being trapped for five and a half days, Ralston performed a crude surgery on himself. He used his body weight to break the bones of the arm against the boulder before using the multi-tool to cut the tendons, flesh, and tissue around the almost amputated arm. Ralston’s experience was made into the film 127 Hours.

In April 2012, Chinese farmer Zheng Yanliang amputated his right leg with a saw. The leg was diseased, blackened, inflicted with gangrene, and already expelling maggots. Before resorting to self-amputation, Zheng had visited a hospital concerning his infected legs. He was told he needed surgery, which cost 300,000 Yuan for one leg and over one million Yuan for both. Zheng did not have such money.

Unable to bear the pain any longer, he grabbed a saw and a knife and started sawing off the leg. Twenty minutes later, the limb was off.

Trepanation involves the surgical removal of bones from the skull. There are some who believe trepanation is necessary to improve the quality of the brain. Amanda Feilding is one such person. In the early 1980s, she approached several surgeons for the procedure before resorting to self-surgery. She took some anesthesia and used a dentist’s drill to bore a hole in her skull. A few hours later, she left home for a party with a scarf wrapped around her head, despite losing a liter of blood. Amanda said she felt better after the procedure.

In 1961, 27-year-old Soviet doctor Leonid Rogozov diagnosed himself with acute appendicitis. However, there was a problem. He was on a Soviet research station in Antarctica. This meant there was no way he could get outside help or evacuation to a hospital. So he chose the only option left: self-surgery. Leonid could not use general anesthesia on himself since he needed to be conscious. He only used local anesthesia on his abdominal wall and started feeling pains the moment he started working on his insides. He bled during the two-hour-long surgery and almost lost consciousness. However, he completed it successfully. Two weeks later, he was back to work.

In 1998, Russian sailor and army veteran Viktor Yazykov was competing in the nine-month-long Around Alone sailing contest, which involved competitors sailing around the world alone, when he injured himself in the elbow while in the South Atlantic. With his computer, he exchanged e-mails with the competition’s doctor, Dr. Daniel Carlin, who was in far-away Boston. Viktor’s injury soon developed an abscess that could have been deadly had it burst underneath his skin. Dr. Carlin told Viktor he needed to drain the abscess himself. Viktor decided to proceed with the surgery that evening, as his arm was getting worse. He cut his elbow with a scalpel to drain the abscess. However, this also caused bleeding—heavy bleeding that continued for two hours.

By the time he was through, the cabin floor was covered in blood, and his hand was cold, white, and felt like rubber. He passed out after he took some red wine, chocolate, and aspirin.

Viktor contacted Dr. Carlin the next morning to receive further instructions. He completed the first leg of the race and stopped over in South Africa for two weeks before continuing with the second leg.

Dr. Evan O’Neill Kane performed an appendectomy on himself on February 15, 1921. He hadn’t planned on operating on himself. In fact, he was in surgery, awaiting the surgeon who was to operate on him, when he decided to do it himself. Being the chief surgeon of the hospital, he told the staff to stand back as he sat himself up with pillows, injected himself with anesthetic, and started cutting into himself with the aid of mirrors. Thirty minutes later, he had removed the problematic appendix.

Engineering Fails That Will Leave You Scratching Your Head 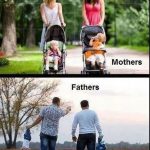 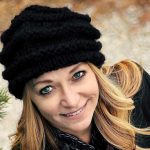