People often share not only their first names but also the surnames with some of the famous personalities or even fictional characters and sometimes with some not so sophisticated word of the English language. For our readers we have gathered some of the people whose names gave tem trouble in life.

One Iraqi boy realized the consequences of having the wrong name after he and his family received death threats because he shared a name with Osama bin Laden. The unfortunate Osama bin Laden in question was born in Alexandria, Iraq, in 2002. He could not leave his home or even attend school because of his name. He was also turned away at sport clubs and always had to explain himself whenever he was asked for identification at checkpoints. Things got so terrible that his family received death threats, forcing them to flee to Baghdad.

Several attempts to change his name failed. Then Qassim al-Araji, Iraq’s Interior Minister, heard of his plight and offered to help him change his name to Ahmed Hussein. Unfortunately, the boy named Osama bin Laden was electrocuted to death four days before the identification papers bearing his new name arrived. An online publication reported his death with the headline “Osama bin Laden Killed in Iraq.”

An Indian engineer called Saddam Hussain was refused employment from over 40 jobs for no other reason than sharing a name with the former Iraqi leader, Saddam Hussein. The Indian Saddam Hussain had his surname spelled “Hussain” (with an “a”), which is not the same as the late Iraqi dictator Hussein (with an “e”). Saddam Hussain later changed his name to Sajid Hussain, but that only worsened issues because it invalidated his educational certificates.

In 2009, it banned someone for using her real name. Initially, Facebook prevented the user, a Native American called “Robin Kills The Enemy”, from signing up over concerns that Kills The Enemy was not her real surname. Facebook turned down her registration attempts again until she merged her surname to “Killstheenemy”.

The merger came with its own problems. Robin’s surname was now meaningless, and her friends had problems finding her. When she emailed Facebook and requested to have her surname changed to Kills the Enemy, Facebook replied with a ban. After she asked for an explanation, Facebook told her that they don’t allow fake names and she could only regain her account when she used her real name.

Sixty-nine-year-old Dr. Herman I. Libshitz and his wife, Alison, were trying to upgrade their home Internet service to DSL when Herman was required to provide an email address and password to complete the setup. He entered the details as required but was unsuccessful. He made a call to Verizon, his Internet service provider, and was informed that he could not complete the setup because his surname, Libshitz, contained a certain word. Dr. Libshitz was only allowed to use his real name after a Philadelphia Inquirer columnist got in touch with a Verizon spokeswoman who agreed that the Libshitzes had made a reasonable request. The spokeswoman got the company to make an exception to their policy against using objectionable names in email addresses.

Linda Callahan tried signing up for a Verizon email address containing her surname but kept receiving an error message. She and her son, Ed, soon realized that they could not create an email address that contained their surname. Yahoo, which was servicing the email for Verizon, did not allow accounts with names containing “Allah,” “Osama,” and “bin Laden,” among others.

Yahoo reversed the ban on “Allah,” but the disappointed Linda had already set up an account with Gmail.

An American man went to prison after naming at least five of his children for Adolf Hitler, the Aryan race, Heinrich Himmler (a top officer of the Nazi Party), and Hitler’s girlfriend Eva Braun. The kids were called Adolf Hitler Campbell, JoyceLynn Aryan Nation, Honszlynn Hinler Jeannie, Heinrich Hons, and Eva Braun. Eva is the other four children’s stepsister.

The family got national attention after a supermarket refused to write three-year-old Adolf Hitler’s name on his birthday cake. Authorities took the children into custody over what they described as “domestic abuse” and sent Heath to prison on charges of domestic violence.

Fort Wayne, Indiana, found itself in a fix when it asked residents to vote for a new name for a city-county building. Most residents voted for the building to be named after Harry Baals, a four-time mayor who had died in office in 1954. City officials had nothing against Mayor Baals. It was just that his surname, Baals, was pronounced “balls.” It didn’t help that his first name sounded like “hairy.” This had been a recurring joke in the county for years, and city officials weren’t ready to turn their city into the butt of all national jokes.

James Bond, the fictional British Secret Service agent in Ian Fleming’s spy novels, is named after a real person called James Bond. The real James Bond was an ornithologist (bird scientist) who worked at Philadelphia’s Academy of Natural Sciences from the 1920s until 1989.Fleming wanted a dull name for his character, and the real-life James Bond had the perfect moniker.

However, the real James Bond was not very impressed with the way the fictional spy popularized his name. In fact, the ornithologist started to look like a copycat. At one airport, he was stopped by officials who told him that his passport was fake because it bore his real name, James Bond.

Isis was a common name for girls in the United States until the ISIS terrorist group came along. One lady named Isis Anchalee discovered the bitter consequence of sharing a name with a terrorist group after Facebook banned her on suspicion of being a terrorist. She only regained access to her account after submitting her passport photo thrice.

Screwups That Changed the Course of History 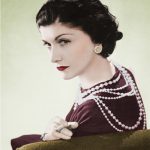 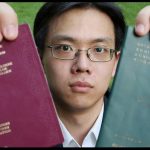