Pinterest the social boardpin platform website has offered its IPO (Initial Public Offering) slightly below their last private market valuation which was carried out 2 years ago.

The social media site made the update on its IPO filing with SEC on Monday where they stated that they would be offering their 75 million shares for sale at a price range in between 15 to 17 dollars per share.  These shares will be offered for sale and purchase once the company goes public sometime later this year. This sudden decrease in Pinterest; IPO is in their recent efforts for raising a sum of 1.5 billion dollars from its initial offering of the shares.

The company which has nearly 250 million active users and a revenue income of 700 million dollars last year, they are looking to lower its expectations for a more conservative valuation.

A few weeks back, Pinterest during their IPO filing terms made some interesting claims about other social media companies that are facing potential risks.

According to interest at that time, Facebook has made the whole social media industry highly volatile all because of its privacy and data scandals. The company stated that although these scandals are not that much of a big deal to major social media sites in the market, their reverberations could still potentially harm the smaller social media websites like Pinterest.

Pinterest, the social boardpin based platform also mentioned the fact that other social media sites are also copying its feature. In mentioning this, they once again pointed at Facebook that can cause another potential risk for Pinterest.

All that is left is to wait and watch as to where the valuation of Pinterest will lie when the company goes public this year in spring.

Snapchat redesigns the camera; it can now ‘scan’ for GIFs and can even help with the math homework 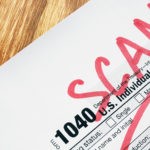 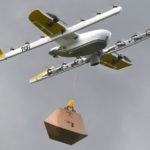