When visiting a foreign country there is always a possibility that you might run into some problems like getting your wallet stolen or suffer from food poisoning. There are many popular travel destination that might be popular on one hand but are unsafe for tourists as well. Some of these popular yet unsafe travel destinations with all of their drawbacks are as follows.

Barcelona is one of the main cities of Spain and probably widely visited by tourists from around the globe. However you might not be aware that in whole of Spain Barcelona is famous for being the city of Pick Pockets. Thousands of pickpockets roam through the streets and rads of Barcelona that wait for a chance to rob you blind. Most widely known places where these daylight pick pocketing incidents happen includes places like beaches, public transport vehicles and sometimes from hotel rooms.

Thailand maybe famous for being a hotspot for bachelor parties but did you knew that it is also famous for Food Poisoning. In Thailand you can never be too careful when eating on the streets. You might never had an idea as to where and when did you got that food poisoning. This usually occurs in Pattaya which is widely visited tourist city in Thailand after Bangkok. The main cause for food poisoning is often seafood with occasional cases occurring with meat and salad dishes. Locals use lots of spices with their food which kills most bacteria but tourists, especially from stern countries avoid these spices that lead to food poisoning.

Tijuana, the city of Mexico is famous for being party lovers. City is located right across the borders of Mexico and USA. City is usually visited by Americans throughout the year. While there may be many attractions in the city, this city is not only visited by tourists but fugitives as well as drug dealers also reside in this city.

Santa Teresa is the famous hub of the Rio de Janeiro but it is also the most dangerous one. Why you ask because the robbers here rob you off your belongings in broad daylight and you will only obey their commands as they threaten you with knives in their hands. The night time in Rio I all the more dangerous and especially the famous Brazilian Slums that were shown in the movie Fast & Furious 5 as it is hub for scoundrels and robbers. Always travel with a guide from a trusted tour company.

Best ways to fight fleas off of your pet 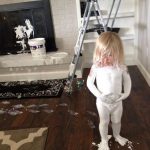 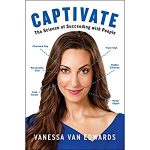