Away from the chaos of the war are the innocent youths who have become unwilling poster children of the conflict. A poster child is one whose picture is used to raise awareness about a cause. In this case, the cause is the Syrian war. Most of the children never knew of their fame since most of them only became poster children after their deaths. The following pictures and videos may be disturbing.

In 2017, one-month-old Sahar Dofhaa became a poster child of the Syrian Civil War after her pictures were released by Agence France-Presse (AFP). She was severely malnourished and weighed less than 2 kilograms (4.4 lb). Her bones protruded from her almost muscleless body, and her eyes had sunk into their sockets.

Considering her age, she was still being fed on breast milk, but her mother was too malnourished to produce any milk. Sahar was taken to a hospital in Hamouria, Ghouta, Syria, where she later died despite attempts to save her life.

Five-year-old Omran Daqneesh became a poster child of the Syrian war after a picture of him sitting in the back of an ambulance surfaced on the Internet in 2016. The left side of his face was bloodied, and he was covered in dust. He had just been rescued from a building supposedly hit by an airstrike.

Karim Abdallah was just 40 days old when he lost an eye to an airstrike in a market in Ghouta, Syria, in 2017. The airstrike blinded his left eye, which now has a scar in its place, injured him in the head just above the scar, and killed his mother, who had been carrying him. According to Dr. Abu Jamil, a brain surgeon who had operated on the seriously wounded boy, the injury could have long-term effects, as Karim’s frontal lobe was also damaged. The frontal lobe is crucial for its role in intelligence, comprehension, and memory. Last we heard, Karim was being taken care of by an aunt.

Five-year-old Rawan Alowsh became another poster child of the Syrian Civil War in 2016, after a video showing her being pulled out from the rubble of her destroyed home in Bab al-Nairab district, Aleppo, surfaced on the Internet. The video starts with a man digging through the rubble to free Rawan, who is seen covered in dust. While there were claims that Rawan’s entire family perished in the airstrike.

Three-year-old Alan Kurdi was one of the thousands of Syrians who have drowned in the Mediterranean Sea while fleeing war-torn Syria for Europe. In the early morning of September 2, 2015, he and his family boarded a dinghy in Bodrum, Turkey, for a journey to Greece.

Unfortunately, they never got to Greece, as the dinghy capsized into the rough sea minutes after they left the shore. Alan drowned in the accident alongside his father, mother, and older brother.

The picture went viral, and Alan not only became a poster child of the war but for the hundreds or possibly thousands of children who have died while crossing the Mediterranean.

Hamza Ali Al-Khateeb was only 13 when he became the poster child of the Syrian uprising. In 2011, Hamza was protesting against the government of Assad and had been following his family and several other protesters to break the siege on the city of Deraa, which had been besieged by Syrian forces, when they were fired upon by the Syrian military. Everyone broke away and fled, but Hamza was shot and captured.

Hamza’s father visited the prison again and was informed that his son was in a hospital. What he was not told was that his son was in the hospital’s morgue. The bone of contention was a video showing Hamza’s bruised and battered corpse, which the opposition says is enough evidence of the torture he received in the hands of the Syrian military. His eyes were blackened and swollen, his genitals were cut off, and his hands and neck were broken. The Syrian government stated that Hamza’s body appeared disfigured because it was decomposing.

Bana al-Abed is probably the most famous of all poster children of the Syrian war. She is so famous that Time magazine listed her, eight years old at the time, among the most influential people on the Internet in 2017, in a list that included Donald Trump and Kim Kardashian. Caitlin Gibson of The Washington Post even called her the “Anne Frank of the Syrian Civil War.” Her claim to fame is Twitter, where she tweeted about real-life events before the city of Aleppo, where she lived, was retaken by Syrian forces. As at the time she started tweeting, Aleppo was occupied by rebels and came under constant shelling by the Syrian military.

The Most Hilarious Amazon Reviews Ever

The Worst Cake Fails Ever 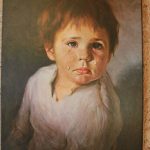 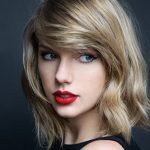