Conspiracy theories range from long shots to events that might be real, and that is what makes them so interesting. Some especially interesting ones concern the current and past presidents of the United States.

The conspiracy surrounding the event of 9/11 is that the Bush administration had something to do with it. So, why would the president of the United States plan an attack on his own country?

Well, as the theories go, there were a few reasons. First, they wanted to create a situation in which the government could suspend Americans’ civil liberties. Also, the United States wanted access to an oil pipeline in Afghanistan, which would become possible by invading the country.

A lot of the claims make some sense. But without any proof, the theories have nothing to go on.

Obama As A Puppet For True Power

This conspiracy theory does not have any proof but it is very interesting. Supposedly, President Barack Obama was just a puppet for higher powers during his presidency. This theory is one of true corruption and fear in a government. In other words, the leader that United States citizens thought they had was not their leader at all.

There were figures that remained in the shadows and were mostly anonymous. These are the people that the theorists believe were pulling the strings during his presidency. These “puppet masters” were also using the media to focus on unimportant events.

In 1850, President Zachary Taylor died. According to the doctors who examined his body, the cause was acute gastroenteritis. That verdict stuck until the 1970s when people started to wonder if Taylor had been poisoned. These questions arose because Taylor was in good health before the incident. According to the skeptics, Taylor may have been murdered due to his thoughts on slavery. He did not want slavery to move out West, and that upset many residents of southern states. There is no proof that Taylor was poisoned. But this conspiracy theory is so interesting because it took over 100 years after the man’s death for it to come to life.

This next conspiracy theory is one that Thomas Jefferson deeply believed in, and it takes us back before modern medicine. This is about the common cold and how Thomas Jefferson claimed that he could prevent himself from getting one. Every night for about 60 years, Jefferson bathed his feet in cold water before he went to bed. He claimed that he got very few colds due to this practice.

Benjamin Harrison And The Light Switches

Benjamin Harrison had a strange conspiracy theory about the light switches in the White House even though he was responsible for installing the first electrical outlets there. He thought that he would be electrocuted if he came in contact with one of the outlets. He would never touch one himself. Instead, he had the staff turn the lights on and off. Also, on some nights, Harrison and his wife would sleep with the lights on rather than turn them off by themselves.

Bill and Hillary Clinton have had a lot of power in the United States government for years now, so of course, there are a lot of conspiracies about them. In fact, the Clintons have been accused of assassinating roughly 46 of their associates. All 46 associates may have been targeted by the Clintons because these individuals had a way to prove that the Clintons were corrupt. As the theory goes, the Clintons did not want these claims getting out, so they had these people killed.

In 2012, US Ambassador Chris Stevens was visiting Benghazi. One night, terrorists attacked where he was staying and he was killed along with the soldiers protecting him. All of this led to the Hillary Clinton leaked email scandal, and it raised a lot of conspiracy theories. One of the most popular was that President Obama actually planned the attack and wanted Stevens to be kidnapped so that there could be a prisoner swap. The prisoner swap would have involved Stevens and Omar Abdel-Rahman, a terrorist who had participated in the 1993 World Trade Center bombing. However, there is no evidence to prove that Obama had anything to do with the assault in Benghazi.

President Richard Nixon had a lot of scandal around his presidency, much of which may have been caused by his paranoia and belief in conspiracy theories. Nixon thought that everyone was out to get him. As a result, he had the Secret Service install voice-activated recorders in the Oval Office so that he could tape all his conversations there. Nixon was also suspicious of Jews, intellectuals, and people who attended Ivy League schools. He thought that the press was bad and never trusted them. Nixon was paranoid about almost everyone around him, and that probably led him down the path that resulted in his resignation.

In 1962 Marilyn Monroe was found dead. It was thought to be either a suicide or an accidental drug overdose. This is where the theories started swarming, though. It was rumored that JFK and Monroe had been having an affair before her death and that Kennedy may have told her confidential information. This slipup caused Marilyn Monroe to lose her life, and her death was actually a murder. It has never been confirmed that President Kennedy had an affair with Monroe. There is also no evidence that he ever told her confidential information or had anything to do with her death.

Good People Who Were Punished For Helping Others 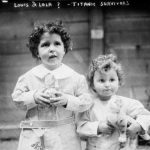 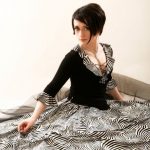