There have been few rare finds that archeologist or myth lovers have uncovered from the mass graves and battlefields. For our readers some of these amazing finds are as follows.

The True Age of HBV

HBV (Hepatitis B Virus) claims almost 1 million lives per year by actively affecting liver. The oldest record of HBV was supposed to b found in a mummy dating about 4500 years old. However this was far from its actual reach as researchers took samples of ancient burials and mass graves from Eurasia. These samples were of people from Bronze and Iron Age dating back almost 13600 BC and researchers were amazed to found the deadly traces of these ghastly pathogens in their gene sequences.

Justinian Plague claimed the life of 265 million people back in 541 AD and while researchers blamed this plague to have originated from Egyptian rats the latest studies confirmed that the plague actually came from Asia.

The remains from which this was deduced were actually of those who later became Huns. These nomadic Huns migrated from Asia to Europe carrying this deathly plague which ultimately caused the demise of so many people.

After the war between Sweden and Holy Roman Empire back in 1632, townspeople buried nearly 9000 men in mass graves. Studies from one of these mass graves surprised researchers that many of the soldiers were already either seriously injured or were shot in head before the battle of Lutzen. This only confirmed the story that a Swedish unit named Blue Brigade was ambushed by Cavalrymen near the site of grave.

After the defeat of Little Bighorn, men of the General Custer’s army rather than being mutilated by Indians choose to commit suicide as per various witness testimonies of the time. However recently researchers decide to study these remains and deduced that only few actually committed the suicide while majority were killed by Indians as their bodies were mutilated, dismembered and were scalped. Seems like some people just made little too much emphasis on turning grain of truth.

Two tribes during the time of Caesar named; Tencteri and Usipetes although decided to join the Caesar’s army. Caesar offered them land in recognition to their service but the land was of others to which tribes decided to have peaceful discussions with owners. Caesar became enraged and according to his own words ordered his army to attack the tribes. The battlefield was found in 2015 in the river with vast weapons, human remains and helmets. The studies revealed that the thing that Caesar called an army battle was actually a mass genocide which claimed the life of 150,000 people.

Before the birth of nuclear bombs, the largest man made explosion happened in World War 1. The British General of the allied forces seeing the stalemate ordered a mine bomb strike underneath German trenches. They were 19 mine explosions with seconds’ apart causing the death of nearly 10000 German soldiers. The signs of this British victory can be seen in town of Belgium.

Motivational Books You Must Read in 2018 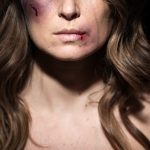 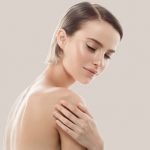