Realme has announced today its flagship new smartphone by the name Realme X50 Pro. The Realme X50 Pro is the company’s first 5G smartphone that the company initially planned to reveal at the Mobile World Congress this week for making a global stir. However, due to the cancellation of that event, Realme announced the news earlier.

The new Realme X50 Pro weighs about 270 grams and is about 9.36mm in thickness and is not much different than the design of the other smartphones of the company. The color scheme of the phone is pretty cool which is being called by Realme as Rust Red and is like the copper and brown frosted glass matte finish on its back.

The Realme X50 Pro offers a similar Qualcomm Snapdragon 865 processor which is fitted inside the new Samsung Galaxy S20 as well as in many other Android premium smartphones that will be released this year. As per Realme, the Realme X50 Pro also supports the 5G bands all across the world. As for the RAM of the Realme X50 Pro, it is 12GB while the storage capacity is about 256GB without any microSD slot, which is a little disappointing.

The display of the Realme X50 Pro offers a 6.44-inch 20:9 and 1080 OLED panel which has a refresh rate of about 90Hz. Realme also says that this phone also supports the HDR10+ as well as covers the P3 color gamut. If that is not enough, the phone features the built-in Optical Fingerprint Reader as well as a dual hole-punch cutout which features the 32MP Selfie camera as well as the 8MP Ultrawide camera.

The Realme X50 Pro is fitted with the 4200mAh dual-cell battery which is supported by the 65W Superdart Fast charging. This charging feature can allow the phone to be fully charged in only 35 minutes or 60 percent charging in about 20 minutes.

The Realme X50 Pro also offers the stereo speakers as well as the haptic engine which are the features that cannot usually be found in Chinese smartphones. In little drawbacks, this phone does not offer the wireless charging or the waterproofing features but it does omit the headphone jack.

The X50 Pro is first being released by Realme in India, China, and Europe but the price is still not definitive. The estimate is that the price would be somewhere between 550 to 650 Euros in Spain while it would cost less than that is China. This is still a price that makes X50 Pro be the most expensive Realme phone. 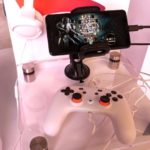 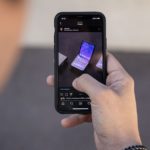