For those of you who are constantly missing their Roku remote, then there is another way to help you control the movies you watch and it is right from that wrist of yours.

According to the official blog of Roku, they have made available a new app which is free and works well with the Apple Watch.

The app of Roku works and seems very much similar to the apps of Android and iPhone. It allows the user to launch their numerous channels of Roku as well as control the cursor on their TV interface for playing & pausing the videos. In simpler words, this new Roku app works just like the remote control but it is now on your wrist.

The new Roku app lets the user use the feature Voice Control so that they can launch their favorite channels or look for the programs without a need to tap their screen.

The app is supported for working only on the Apple Watch Series from 1 to 5 and does not work on the first generation of Apple Watches.

There is another additional cool feature that if a user forgets where they have placed their remote control, the app will make the remote controller chime so that the user can easily find it.

This new app of Roku can be downloaded for the Apple Watch on the iOS version 6.1.3. There is also a note from Roku which reads that if a user needs to manually install the Roku app from the Watch’s app store if the automatic install has been turned off. 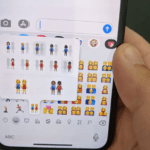 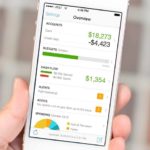