Although the ultra-fast new internet connection 5G is still not available in the USA, still one of the largest brands in smartphones is planning to bring the 5G compatible smartphones in the country and it’s going to happen very soon.

The latest rumor for this release has been provided by a leak artist named Evan Blass who said that Samsung is soon going to launch the Samsung Galaxy S10 5G in the USA. In his leak, Evan tweeted a string of some subtle letters as well as the numbers earlier on Wednesday that specifically hint that May 16th is going to be the day when Samsung Flagship 5G smartphone will arrive in America.

Although Samsung is planning to launch the S10 5G on Friday in South Korea first, there is still no official date of release in the US by the company. Samsung during an announcement revealed that the S10 5G will be only exclusively available on the Verizon network.

The S10 5G by Samsung was introduced back in February and by the looks of its specs, it is going to be a pricey one. The new Galaxy S10 5G is introducing the biggest display screen unlike any of its previous products along with a larger battery as well as the 4 cameras.

In addition to this, as the name implies, the smartphone will be able to support the 5G internet connections. Although the next step in wireless internet connection in the form of 5G is going to speed things up a lot, it still won’t be a standard in the US for a little while. Verizon is only bringing the 5G to cities like Chicago and Minneapolis on the coming April 11th. As for other internet connection markets, they will be bringing the service sometime later this year.

T-Mobile and Sprint have also hymned their plans of bringing the 5G network to some markets sometime in 2019.

As for the full-time revolution of 5G, it won’t be happening before 2020 as Apple will not have a new 5G compatible iPhone ready by then. 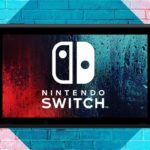 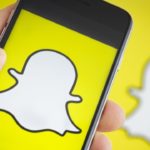