Despite the new Samsung Galaxy Fold phone being marred with a stumbled launch, woes about its reliability and a huge price tag of 2000 dollars, it still has not stopped Samsung from finding nearly a million buyers of their new Galaxy Fold phones.

The news about the Samsung selling about 1 million Galaxy Folds has been confirmed by Young ohm, the president of Samsung Electronics.  Sohn revealed its piece of information at the event of Disrupt held by TechCrunch in Berlin. Sohn stated that there are a million people that want to use this device that costs about 2000 dollars apiece.  He followed up by clarifying that Samsung claims to have sold nearly 1 million Galaxy Fold phones.

While this 1 million unit sale is nothing compared tot eh massive figure of millions of smartphones moved by both Apple & Samsung each quarter, but considering a device like Galaxy Fold that is both unreliable and still unproven territory for smartphones, it is a very surprising achievement.

Small smartphone manufacturers even struggle with selling a fraction of this 1 million figure even if they offer their stuff at a relatively cheaper price.

The Galaxy Fold was offered for sale back in September officially, which was months later to it originally issued date of sale. The original plans for the sale of Galaxy Fold were cancelled by Samsung and then went back to redesigning the phone to strengthen its design as well as revising many of its parts to make it less prone to getting broken.

Other than the Samsung Galaxy Fold, other folding phones are like the Mate X of Huawei, which also suffers the delay in shipment that might be due to issues like longevity and durability. Still, these setbacks from major companies have not deterred Motorola to jump in this fray as they now have their own launch schedule for the new foldable phone named Moto Razor. The new phone of Motorola is expected to make its debut sometime in January next year.

Watch the video of the Sohn’s interview below. 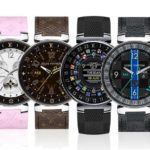