Mount Rushmore is amongst one f the famous Landmarks not only in America but also in the whole world. The landmark is actually the faces of four great residents of USA by carving out an entire mountain. While many people visit this landmark round the year, they might not be aware that there is actually a secret room behind the face of Abraham Lincoln that is actually a hall used for storing some of the most important American documents.

Who is not aware of the famous Eiffel tower of the Paris? Millions of tourists from around the globe come to see this marvel built by the famous structural engineer Gustave Eiffel back in 1800’s.

Now visitors can finally get to have a view of Paris from this famous historical apartment for small fee if they could manage to get first in huge crowded lines.

The Statue of Liberty New York City, US

Today millions of people get to enjoy panoramic view of the New York City from the crown of the famous Statue of Liberty. While many visitors today only get to visit the crown, the torch arm was also once available for visitors. This torch held a secret room for visitors to get a more high and panoramic view of the city However due to the bombing incident of the German blowing up the pier between Jersey City and Black Tom Island led to damage of the statues torch carrying arm. The arm is repaired but the entrance to the room is now prohibited. Only the National Park Service Staff gets to go inside the torch room after climbing a narrow 12 meter long ladder for maintaining the flood lights.

While you cannot find a drop of alcohol in Disneyland for sale but you can get some booze if you get to be inside the Club 33. In the Anaheim Disneyland the Club 33 is located behind an unnamed door in New Orleans Square. Te club was built by Walt Disney for entertaining his visiting guests and business associates but unfortunately Walt Disney died five months prior to opening of the Club 33.

Only members are allowed inside this Club where they can enjoy alcohol and smooth jazz music. The waiting lists are years long despite the member ship fee ranging from 25000 dollars to 10000 dollars with annual fee being in range of 12500 dollars to 30000 dollars.

Animal Species That Are Smarter Than Anyone Thought 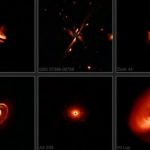 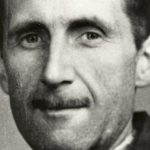