Nowadays the issues of socioeconomic nature are starting to become a common occurrence around the globe. While most of these problems are social, economic, and economic types, they seem to have transcended the borders no matter how great of the country in the world is.

One of the major problems caused by these socio-economic problems is homelessness. In fact, this problem has become so rampant that nearly every country has its own number of homeless people and there are huge movements by the others who have not suffered from these issues to make homelessness a thing like it was never there.

History is really full of various magnanimous efforts where others have helped the less fortunate to give them a place where they can stay and nowadays is no different. Social media has become a powerful tool in the world of today which sheds light on these issues and also the charities that are working to tackle these problems to alleviate the efforts and struggles of not having a roof over their heads.

A woman named Shirley Raines has founded a non-profit organization to help the homeless for staying beautiful in order to give them a confidence boost.

Everyone in this world has their own way of helping to turn the tide of the tsunami that is homelessness and each of them is making the difference in their own efforts. One of these kind-hearted souls is a woman named Shirley Raines, who so far has helped a little over 800 homeless people. She does so by giving the food, free showers and by buying beauty supplies and does makeovers for these homeless people every Saturday. She does her charity work on the Skid Row Los Angeles, USA.

Skid Row is one f the districts of LA, California that is known to be the home for the largest population of homeless nowadays in the USA. As per official reports, nearly half of this entire district is filled with people who are all homeless. As or the name of the district Skid Row, it has been taken from the phrase that reads “On the Skids” which is a term by loggers for transportation of the wooden logs down the roads of skids. Over the passage of time, this phrase has become a means to address the places where people have no money and no jobs to do anything to get the money.

Raines, who grew up for the better part of her life in the hoods after she lost a child decided to make a difference in life and to fulfill a certain goal.  For that aim, she went out on the very same streets and then started her mission of feeding these homeless of Skid Row. At the start, these Skid Row homeless were interested in her stylish hair colors rather than the food she was offering. It was not long for her to understand what they truly desired and it also did not take her long enough to become the “Makeup Lady” among her various talents she sued to help the homeless.

Raines started a foundation she named as “Beauty 2 The Streetz”, which is a non-profit organization.  Each week, Raines along with her team of volunteers goes to the Skid Row. They have an aim and that is to revitalize hundreds of these holes chaps for restoring their hope for life and give them confidence that they lack in themselves.

this nonprofit organization works by providing the homeless people with free foods, shower, hair colors and hair wash products, makeup supplies, hair wigs and the most important of everything; a human connection and a sense of belonging. They are also working to spread awareness about the epidemic of homelessness that has spread over this entire district and has been in the country for ages.

Raines is of the view that simplest of things such as hair showers and make-ups can help these homeless people build up their self-esteem.  She is trying to make them learn that when people are confident in themselves, it is then they can literally do anything to fight off homelessness. They are trying to make these homeless folks have the courage to leave these streets and pursue the hardest goal of their life, which is to make a living for themselves elsewhere.

The work of Beauty 2 The Streetz is to provide these holes people with free food, hair products, showers and most importantly the gift of friendship.

There is a social stigma among the general population that all of the homeless people are either drug or alcohol addicts but this has not always been the case.  In experience of Raines, many of these homeless folks are this way because they have either lost their jobs or have fallen ill and thus were not able to make the daily ends meet.  Some of them now even have the proper jobs but they are still not able to afford a place of their own to live. This is why Raines has made it her life’s mission to help the homeless people who are in need of her and she can help them with her talents.

These homeless people do not look anything like homeless folks would after what Raines and her team do for them.  They come homeless but when they leave the place they are going with different hairstyles which include intricate braids, afros, and short cuts. Some of them even have sporting bright colored hairs of blue, green, yellow, red, orange or of any other color.

The volunteer working for Raines’ foundation spend a lot of time on their feet each Saturday just to make sure that these homeless people are looking great.

This is the video of what an ordinary Saturday is all about for Beauty 2 The Streetz in Skid Row district.

Australian Bushfires are enveloping New Zealand with their smoke 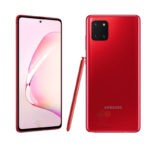 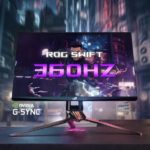