Slack has taken up the role of delivering a boot to such users who are in relation to the Hate Groups.

Last Thursday Company announced that they have removed over two dozens of the users who are specifically in afflation with the Hate Groups. In their crackdown Slack exactly removed 28 of such accounts.

The company in a statement to the press said, “The use of Slack by people for promoting Hate is the exact opposite of what Slack truly believes in. The Hate Groups are not at all welcomed on our platform.”

According to tech media last week, a Slack message was leaked which revealed that a white nationalist group by the name “Identity Evropa” has been using the Slack platform for organizing their own events.

The main working of Slack is to be sued by businesses as their internal messenger as well as a file sharing tool. In contrast to this primary use of Slack, the leaked message of this certain Hate Group shows that they have been using the platform as a Discord for their localized event organizing.

After the messages of this chat were leaked, the Hate Group changed its identity and rebranded themselves by a new name; “American Identity Movement”.

Slack revealed to media that they took action after they were made aware of this organization and their use of Slack for their illegal, prohibited and harmful purposes to the society.

Tech media also pointed out that as of lately, Slack does not have any specific policy in terms of service related to the hate Speech on their platform.

Recently company after removing these accounts have also made a statement post that they are currently reviewing as well as updating the terms of service for their users to make it more explicit.

The Statement by Slack is as follows,

“Today we removed 28 accounts because of their clear affiliation with known hate groups. The use of Slack by hate groups runs counter to everything we believe in at Slack and is not welcome on our platform. Slack is designed to help businesses communicate better and more collaboratively so people can do their best work. Using Slack to encourage or incite hatred and violence against groups or individuals because of who they are is antithetical to our values and the very purpose of Slack. When we are made aware of an organization using Slack for illegal, harmful, or other prohibited purposes, we will investigate and take appropriate action and we are updating our terms of service to make that more explicit.” 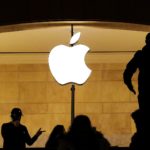 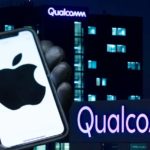